Azerbaijan marks 30th anniversary of restoration of its independence - ednews.net

Azerbaijan marks 30th anniversary of restoration of its independence 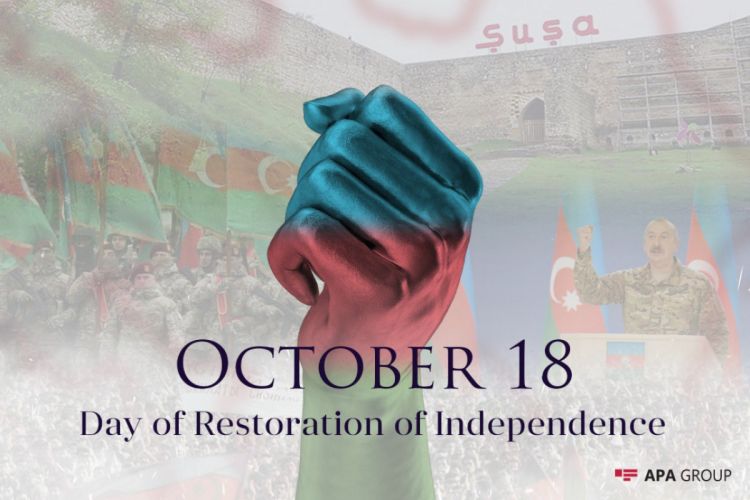 Today is the 30th anniversary of the restoration of Azerbaijan's independence.

Azerbaijan’s Supreme Council adopted the Constitutional Act on State Independence of the Republic of Azerbaijan on 18 October 1991.

Azerbaijan has been celebrating October 18 as a holiday since 1992. Until 2006, October 18 was a non-working day in the country.

After the additions and amendments to the Labor Code made by the Milli Majlis in December 2006, October 18 - Independence Day, November 12 - Constitution Day and November 17 - National Revival Day were kept as holidays but adopted as working days.

Previously, May 28 was celebrated as Republic Day and October 18 as State Independence Day in Azerbaijan.