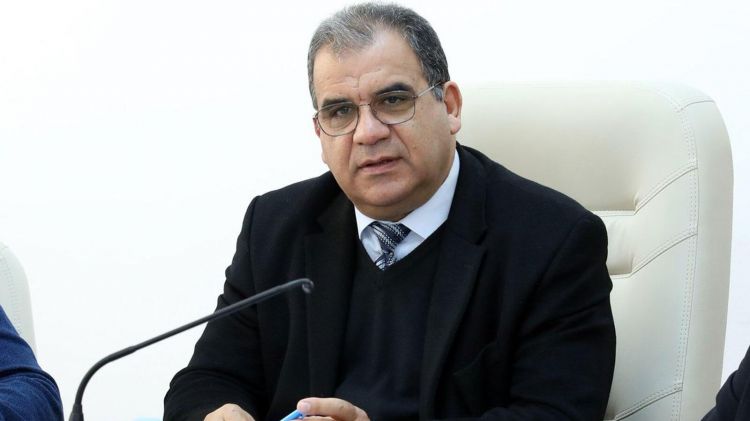 Faiz Sucuoğlu, former Labor and Social Security minister of Turkish Cyprus, has been elected as the head of the National Unity Party (UBP), a major coalition partner of a newly-resigned government, at its 22nd ordinary congress.
Sucuoğlu acquired more than 60 percent of the 8,727 votes used in the two-day congress which was held at Lefkoşa Atatürk Sports Hall in the northern part of the divided island, while his rival Hasan Taçoy, former Public Works and Transport minister, received over 32 percent of the votes.
Zorlu Töre, current deputy of the Turkish Cypriot parliament, was able to get votes from only 5.4 percent of the party delegates.
Addressing the party delegates after the official results were announced, Sucuoğlu noted that his first goal as the UBP leader was to come to power alone in the early elections and that his primary agenda was the economy.
He also expressed his full support for Turkish Cypriot leader Ersin Tatar’s policy on Cyprus, referring to the importance of relations with Ankara.
“The greatest chance of the Turkish Cypriot people is to have a homeland. We see ourselves as flesh and nails. We will not let the love of Turkey be discussed at UBP,” he noted.
Sucuoğlu took on the task of forming a government from Tatar yesterday.
Meanwhile, Turkish President Recep Tayyip Erdoğan congratulated Sucuoğlu over a phone call, wishing the outcome of the congress to be beneficial to the UBP and the entire Turkish Cyprus, according to the information given by Sucuoğlu’s press team.