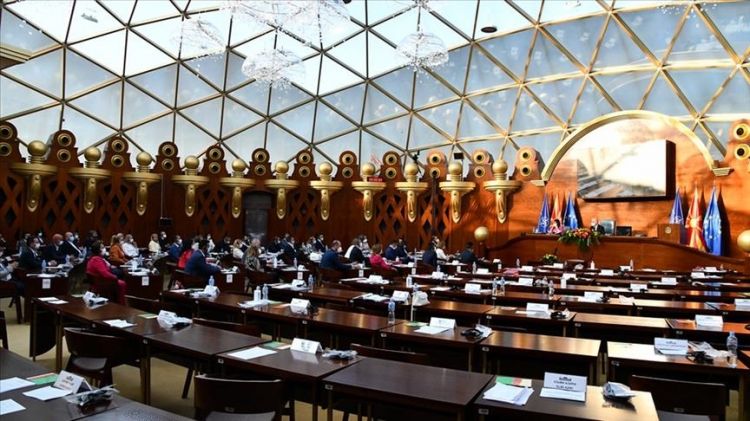 North Macedonia’s parliament voted Sunday to approve a new coalition government led by the Social Democrats.
A total of 108 deputies participated in the voting in the 120-seat parliament, with 62 voting "yes" and 46 voting "no" in the confidence vote on the new Cabinet.
The new Cabinet is led by Dimitar Kovacevski, the leader of the Social Democratic Union of Macedonia (SDSM).
Kovacevski took office as prime minister.
North Macedonian Prime Minister Zoran Zaev stepped down after his party failed to win in local elections held in October.
Zaev announced that he resigned from his position as both prime minister and chairman of his party, the SDSM.
The SDSM was defeated in the second round of local elections as opposition and independent candidates won in the capital Skopje, Ohrid, Kumanovo, Bitola and other cities.
Before the elections, Zaev said he would take responsibility and resign if his party failed to win in the polls for the mayor of Skopje.
Zaev's resignation as prime minister was approved by parliament on Dec. 23.