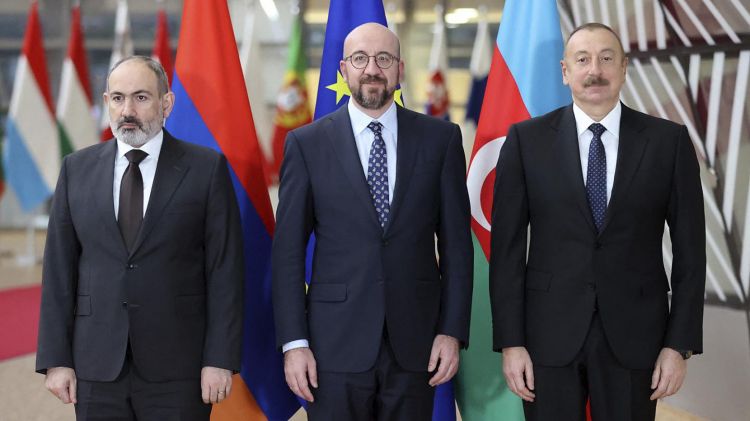 Article was written by Vugar Bayramov, member of the parliament of the Republic of Azerbaijan.

The meeting between Azerbaijani President Ilham Aliyev and Armenian Prime Minister Nikol Pashinyan in Brussels, mediated by EU Council President Charles Michel, shows that Europe’s influence and influence in the region is growing.

Against the background of the new order in the region and in the world, there is a further increase in EU support for Azerbaijan. In addition to expanding economic ties, the organization plans to provide closer support to Azerbaiian in the demining of the liberated territories, the search for missing persons, as well as in the restoration and construction work.

The last meeting in Brussels also confirmed that the European Union is the most influential body to support the settlement of the conflict. The official position of this influential Union serves to establish peace in the region as soon as possible. On the other hand, both Azerbaijan and Armenia have confidence in Europe in resolving the conflict. This not only expands the opportunities for peace, but also serves to intensify the process. In addition to being one of the world’s largest political and economic centers, the European Union, which seeks to be impartial and neutral, has also expanded its sphere of influence in recent years.

Azerbaijan has always attached importance to delaying cooperation with Europe. The deepening of economic relations between Azerbaijan and the European Union, the growing role and importance of the country in shaping the energy security of the old continent, the intensive dialogue and contacts between EU Council President Charles Michel and President Ilham Aliyev and the growing role of the Union in achieving lasting stability in the region. It must be acknowledged that the European Union considers close contacts with the President of Azerbaijan, regular telephone conversations and official dialogues as an important factor in establishing peace and stability in the South Caucasus region.

The results of the last meeting indicate the formation of a new order in the region and its deepening. Neighborhood stability is also important for peace in Europe. The Russian-Ukrainian war has once again confirmed this reality.