Govt committed to provide highest security to all Chinese nationals in Pakistan - ednews.net

He reaffirmed the country's resolve to thoroughly investigate the Karachi attack, apprehend the perpetrators at the earliest, and bring them to justice 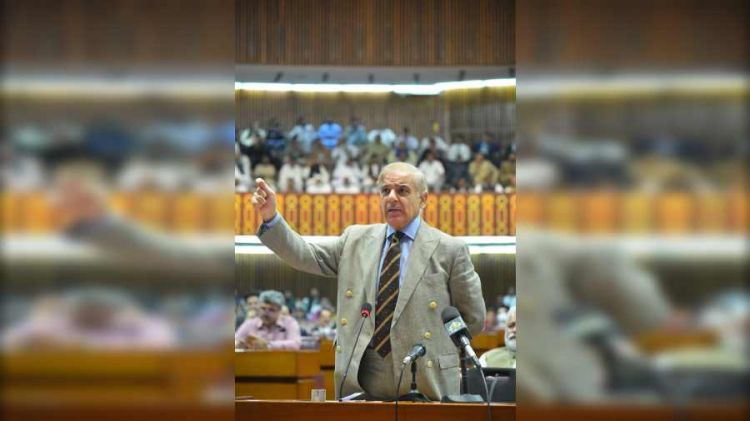 Pakistan Prime Minister Shehbaz Sharif has said his government is committed to providing the highest level of security to all Chinese institutions and nationals working on various projects in the country under the multi-billion-dollar China-Pakistan Economic Corridor.
Talking to a delegation led by Cheng Guoping, China's External Security Commissioner, who called on him on Thursday, Sharif underlined the significance of China in Pakistan's foreign policy and reaffirmed the government's resolve to further deepen the all-weather strategic ties.
According to a statement issued by the Prime Minister's Office, Sharif affirmed his government's firm resolve to fast-track both the ongoing as well as the new projects under the transformational China-Pakistan Economic Corridor, which had immensely contributed to the socio-economic development of Pakistan and also realise its high-quality development.
He said his government was committed to providing the highest level of safety and security to all Chinese institutions and nationals working on various projects in the country under the USD 60 billion China-Pakistan Economic Corridor (CPEC).
He also expressed his commitment to working with renewed zeal and enthusiasm with China, especially on projects of strategic significance for both the countries, such as the ML-1 project, the statement said.
Prime Minister Sharif said China-Pakistan relations were based on mutual trust, respect and cooperation, and appreciated that the two countries have always stood by each other to overcome every challenge with solidarity and mutual support.
He also reiterated his strong condemnation of the Karachi terrorist attack, saying the entire nation grieved with the families of the victims and the people of China at the loss of precious lives, and offered his heartfelt condolences.
Sharif reaffirmed Pakistan's resolve to thoroughly investigate the Karachi attack, apprehend the perpetrators at the earliest, and bring them to justice.
An explosion triggered by a burqa-clad woman suicide bomber from the Baluchistan Liberation Army (BLA) ripped through a van of the Confucius Institute at the prestigious University of Karachi on April 26, killing three Chinese teachers and a Pakistani driver.
The Karachi University attack was the third terrorist attack on Chinese citizens on Pakistani soil in a year.
China's External Security Commissioner Cheng appreciated the measures taken by Pakistan to carry out thorough investigations of the terrorist attacks and enhance measures for safety and security, the statement said.
He underscored that terrorism was a common enemy of both Pakistan and China, and the two sides shared a firm resolve to eradicate this menace, it said.
Cheng said the Pakistan-China partnership was a model of inter-state relations and a pillar of stability at a time when the international situation is in flux, it added.