Azerbaijani MFA responds to Pashinyan - If Azerbaijan wanted a war, it would not present the basic principles
Read: 267 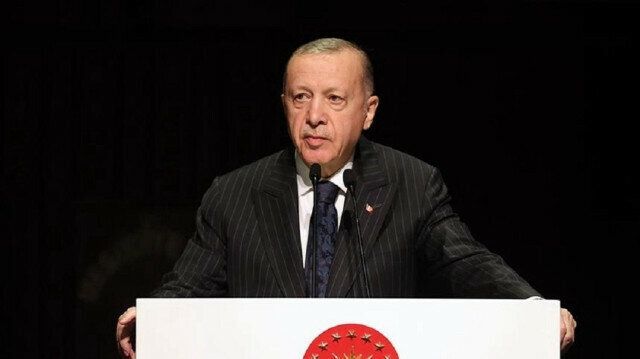 The Turkish president on Saturday spoke to the Swedish premier and discussed Stockholm's bid to join the NATO alliance, Turkey's Communications Directorate said.
According to a statement, Recep Tayyip Erdogan informed Magdalena Andersson about Turkish concerns regarding activities of the PKK/YPG and FETO terror groups in Sweden, and said that the NATO-candidate country should put an end to its financial, political and weapon support to such groups.
The Turkish president said Ankara has always supported NATO's open-door policy, and that solidarity was essential for the security of member countries, as well as collective security.
Ankara expects Stockholm to take serious steps to address its concerns with regards to the terror groups, he said, adding that the claim that PKK/YPG was fighting the Daesh terror group, also known as ISIS, did not reflect the reality.
Swedish arms restrictions on Turkey was another subject brought up during the conversation. Erdogan said Turkey's cross-border military campaigns in northern Syria were a result of a necessity caused by terror threat in the region, and Ankara expects Stockholm to lift the restrictions.
Andersson in a tweet appreciated the call, and said that Sweden looked forward "to strengthening our bilateral relations, including on peace, security, and the fight against terrorism."
*** Speaking to public broadcaster SVT following the phone talk with Erdogan, Andersson said that her country openly supports the fight against terrorism and the PKK's inclusion on the terrorist list.
*** "I emphasized that Sweden welcomes the possibility of cooperation in the fight against international terrorism and emphasized that Sweden is clearly behind the fight against terrorism and the terrorist listing of the PKK," she said.
Sweden and Finland formally applied to join NATO on Wednesday – a decision spurred by Russia's war on Ukraine, which began in February.
But Turkey, a longstanding member of the alliance, has voiced objections to the membership bids, criticizing the countries for tolerating and even supporting terrorist groups.
In its more than 35-year terror campaign against Turkey, the PKK – listed as a terrorist organization by Turkey, the US, and EU – has been responsible for the deaths of over 40,000 people. The YPG is PKK’s Syrian offshoot.
FETO and its US-based leader Fetullah Gulen orchestrated the defeated coup of July 15, 2016 in Turkey, in which 251 people were killed and 2,734 injured.
Ankara accuses FETO of being behind a long-running campaign to overthrow the state through the infiltration of Turkish institutions, particularly the military, police, and judiciary.