Armenian PM signs decree regarding establishment of commission on delimitation 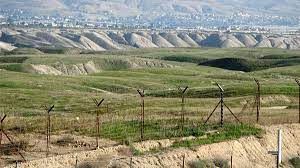 Armenian Prime Minister Nikol Pashinyan has signed a decree on the establishment of the commission on the delimitation of borders with Azerbaijan,  Sputnik Armenia reports.

Armenia's Cabinet of Ministers disseminated information in this regard.

The commission will be headed by Deputy Prime Minister Mher Grigoryan.