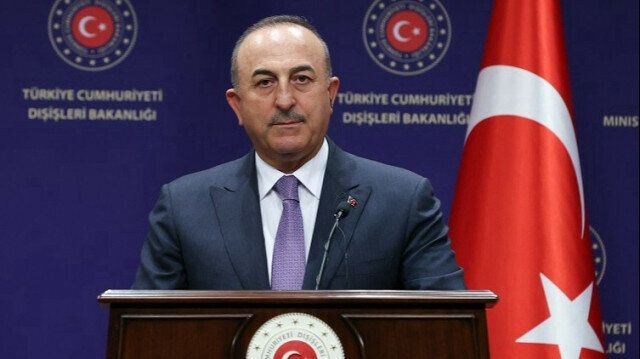 Türkiye and Israel will mutually reappoint ambassadors, Turkish Foreign Minister Mevlut Cavusoglu announced on Wednesday.
"The steps we would take to normalize relations include mutually reappointing of ambassadors ... Türkiye decided to appoint an ambassador to Israel, to Tel Aviv," he told a news conference with his Kyrgyz counterpart Jeenbek Kulubaev in Ankara.
Cavusoglu said the process will begin with determining who will be appointed.
"We will continue to defend the rights of Palestine, Jerusalem and Gaza, and it is important that our messages are conveyed directly to Tel Aviv at the ambassador level," the foreign minister added.
He said that a bilateral cooperation agreement was signed in the field of aviation, and both countries will hold a joint economic meeting in September.
In May, Cavusoglu visited Israel, a first by a Turkish foreign minister in 15 years, to discuss normalization of ties.
Meanwhile, Israeli Prime Minister Yair Lapid also announced that the two states decided to restore full diplomatic ties and reappoint ambassadors and consuls general.
"The resumption of relations with Türkiye is important for regional stability and very important economic news for the citizens of Israel," Lapid said.
He added that Israeli Foreign Ministry Director-General Alon Ushpiz spoke to Turkish Deputy Foreign Minister Sedat Onal on Tuesday, and the two concluded the matter.
The premier said the restoration of diplomatic relations is a continuation of the positive direction in the development of relations over the past year, adding: "Upgrading relations will contribute to deepening ties between the two peoples, expanding economic, trade, and cultural ties, and strengthening regional stability."
Israeli President Isaac Herzog also hailed the decision. "I commend the renewal of full diplomatic relations with Turkey—an important development that we've been leading for the past year, which will encourage greater economic relations, mutual tourism, and friendship between the Israeli and Turkish peoples. @RTErdogan," Herzog said on Twitter.
Herzog's visit to Türkiye in March, followed by reciprocal visits by both foreign ministers, contributed to easing relations after more than a decade of tensions.