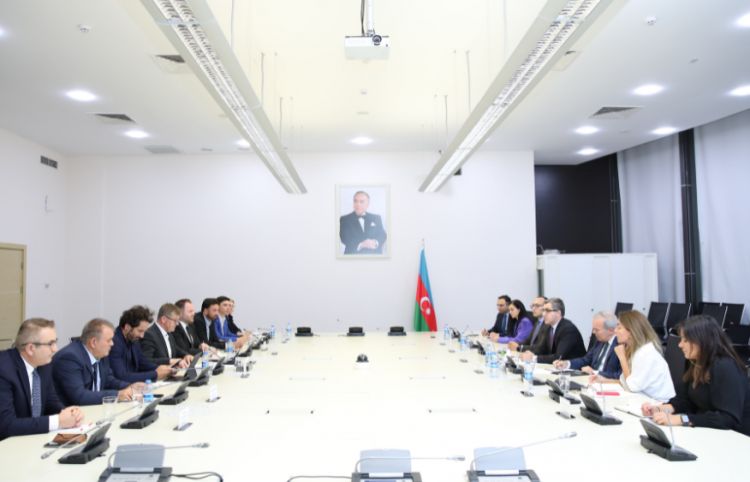 Azerbaijan and the European Parliament have discussed investment opportunities in the agriculture, tourism, and energy sectors, Azernews reports.

The discussion took place during a meeting between representatives of Azerbaijan's Export and Investment Promotion Agency (AZPROMO) with the delegation led by Chairman of the European Parliament's Intergroup on Rural, Remote Mountain Areas, and Smart Villages Frank Bogovich.

During the meeting, AZPROMO Head Yusif Abdullayev spoke about the business and investment opportunities of Azerbaijan and the prepared national export strategy. He also noted that AZPROMO is a member of the World Association of Investment Promotion Agencies (WAIPA).

Moreover, it was noted that the project of building smart villages in Azerbaijan aroused great interest from the European side.

The EU and Azerbaijan have cooperation in different sectors of the economy. The EU invested over $21.5 billion in the Azerbaijani economy from 2012 to 2021. Azerbaijan’s trade turnover with the EU amounted to $9.3 billion last year, which is 38 percent of the country’s foreign trade. The Delegation of the European Commission in Azerbaijan was opened in Baku in February 2008.