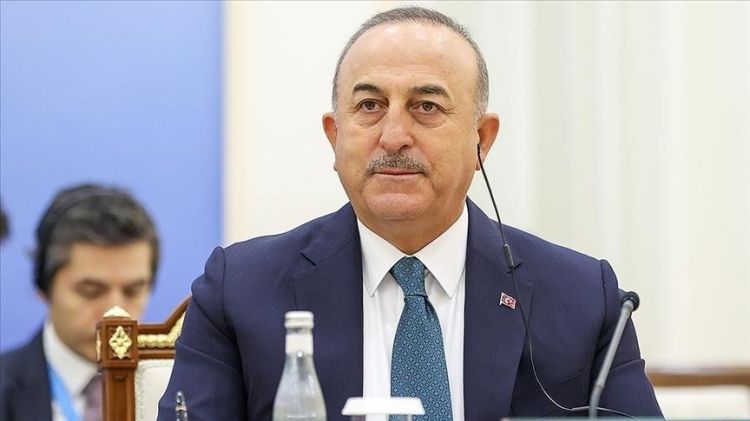 "The European Union, first, I have to say that we (Türkiye) are very happy see the unity within the EU and NATO. The EU announced a new security training mission for Ukraine. And yet again, it ignored consulting with Türkiye before launching that mission," Mevlut Cavusoglu said at the Aspen-GMF Bucharest Forum in Romania.

On Nov. 14, EU foreign policy chief Josep Borrell announced that EU foreign ministers were expected to give the green light for a training mission for some 15,000 Ukrainian troops.

Cavusoglu said that while it was not "important" whether Türkiye would be part of the mission, said this was "an example of how the EU lost its strategic thinking because of the narrow interests of a few members states."

"I say we don't need (to be part of the mission) because individually, everybody knows how much we are supporting Ukraine," he added.

Emphasizing the need to "re-discover the spirit of unity to ensure the new European security," the top Turkish diplomat said a "natural extension to that vision is being inclusive and reviving the enlargement prospects of the EU."

"Enlargement should extend from the Balkans to Georgia, including Ukraine and Moldova. And, this region cannot be complete without my country, Türkiye," he added.

"Imagine the impact of the Istanbul grain deal or impact of the other efforts that we have spent would have on the EU's global outreach, if the EU engaged with us, with my country, Türkiye."

Türkiye applied for EU membership in 1987 and accession talks began in 2005. The negotiations, however, stalled in 2007 due to objections raised by the Greek Cypriot administration and opposition from Germany and France.