Turkiye does not intend to ask anyone's permission in the fight against terrorists - Akar - ednews.net 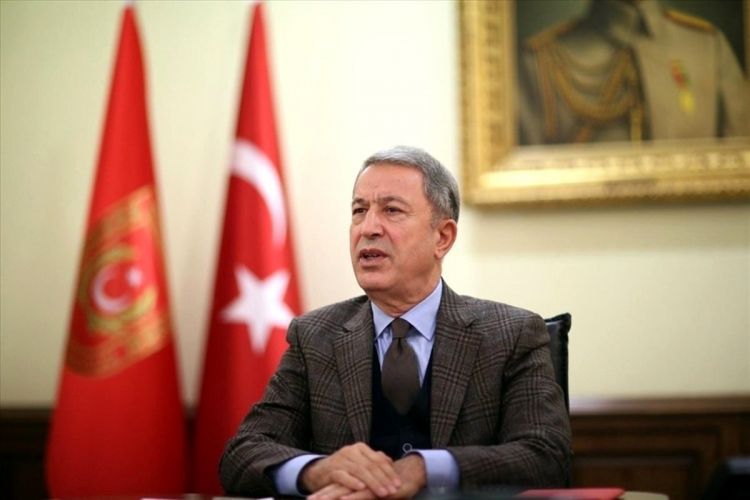 Turkiye uses the right of self-defense based on Article 51 of the UN Charter in the fight against terrorism, said Turkish National Defense Minister Hulusi Akar in an interview with the Italian newspaper Il Messaggero, APA reports.

He noted that Turkiye calls on allied and friendly countries to refrain from cooperation with terrorists and to support them in this fight.

"We don't intend to ask anyone's permission to fight terrorism. We have no problem with Kurds or other ethnic groups. Our operations are only against terrorists. However, everyone should know that we are determined to take every step to ensure the security of our country. The Turkish Armed Forces is the only army that neutralized 4,500 of the most radical terrorists in the fight against ISIS. Besides, we deported 9,500 foreign terrorists from Turkiye and prevented more than 100,000 from entering our country," he said.