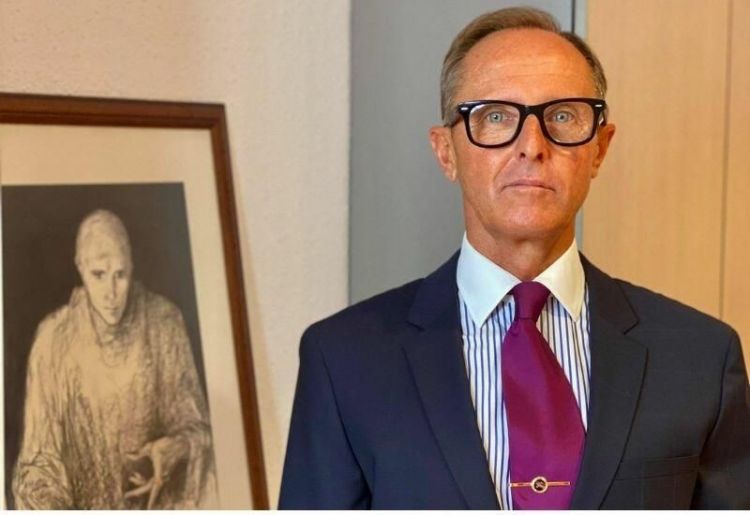 For two years after the Second Karabakh War, Spain has been closely following the post-war situation, Azernews reports via Francisco Javier Medina Ortiz, a member of Barcelona Bar Associations.

Spain supports a prompt signing of a peace agreement between Azerbaijan and Armenia, which would ensure sustainable peace in the South Caucasus. However, as we see Yerevan only talks about peace in words, and in reality, it tries to drag out the peace process.

The same behavior could be observed during the negotiations under the OSCE Minsk Group. Nevertheless, Azerbaijan showed enough patience and achieved an impressive result by liberating the occupied territories in just 44 days during the counter-offensive operation, Javier Medina Ortiz said.

He also expressed his hope for a new era in the relations between Azerbaijan and Spain.

“I hope that Madrid will open its embassy in Azerbaijan and a consulate of Azerbaijan in Barcelona in the near future. This is extremely necessary not only in terms of the economy but also in terms of political cooperation, as well as the intensification of mutually beneficial relations. For resolving this issue, the governments of the two countries have the desire and political will," the Spanish expert said.

He went on to add that after Azerbaijan's historic victory, it is time to focus on economic opportunities opening up investment in the liberated territories.

"Spanish companies are studying the new reality that has developed in the region in detail, and are interested in cooperation with Azerbaijan. A number of companies have already been investigating opportunities in participating in the reconstruction works in Karabakh. Moreover, this interest is observed at the institutional level. Spain has rich experience in the reconstruction of war-ravaged territories. Our country has made a significant contribution to ensuring long-term peace in Iraq, Afghanistan, Lebanon, and the Balkans. If the Azerbaijani government wills, Spain will participate in the restoration of Karabakh,” Francisco Optic said.

At the same time, our interlocutor continued that it is necessary to resolve several issues for accomplishing this task.

“First, it is necessary to generate interest in investment. Second, a legal and institutional framework must be created. And, third, there must be an established protocol and an appropriate mechanism that will answer the question of who and in what areas of activity will invest," the Spanish expert listed.

Further, he gave examples of specific companies that want to work in Karabakh.

"For example, the largest company for the processing of industrial waste in Catalonia. This desire was expressed by the main multinational corporation in Barcelona in the field of renewable energy. There are a number of companies involved in the hotel business, which are also interested in developing tourism in Karabakh. The potential is huge and should be realized,” summed up Francisco Javier Medina Ortiz.