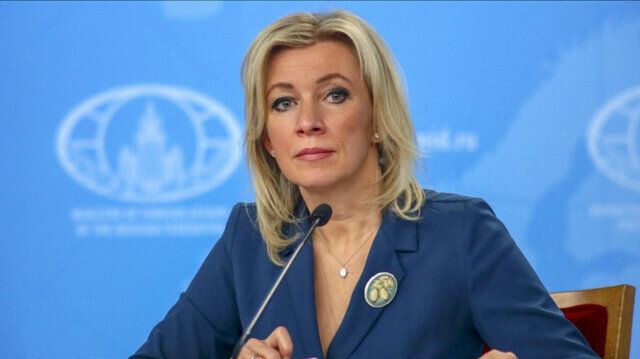 Russia on Thursday called on Armenia to stop "philosophizing" and continue joint work on the settlement in Karabakh, Ednews reports citing Yeni Safak.

Commenting on remarks by Armenian Prime Minister Nikol Pashinyan that they are ready to sign a peace treaty with Baku, Foreign Ministry spokeswoman Maria Zakharova said Yerevan's statements on the issue "differ significantly."

"If the Armenian partners are really interested in solving these problems [on Karabakh settlement] in line with the comprehensive implementation of the trilateral agreements at the highest level, then instead of engaging in philosophizing, it is necessary to continue working together," she said.

Zakharova added that despite Armenia's sudden refusal to attend a trilateral meeting with Azerbaijani and Russian foreign ministers in Moscow on Dec. 23, Moscow's proposal to provide a platform for the Yerevan-Baku negotiations on a peace treaty remains in force.

Russia had announced earlier this year that Armenia would host the annual exercises of the group.

Relations between Armenia and Azerbaijan had been tense since 1991, when the Armenian military occupied Nagorno-Karabakh, a territory internationally recognized as part of Azerbaijan, and seven adjacent regions.

In the fall of 2020, during 44 days of heavy fighting, Azerbaijan liberated a significant part of Karabakh, and a Russian-brokered peace agreement was subsequently signed, considered a triumph in Baku.

Recent tensions are said to have ignited because of protests in the Lachin region over what Azerbaijan says is illegal exploitation of natural resources by Armenia in Karabakh.

Armenia has called on Russian peacekeepers, deployed to monitor the peace deal, to unblock the road.