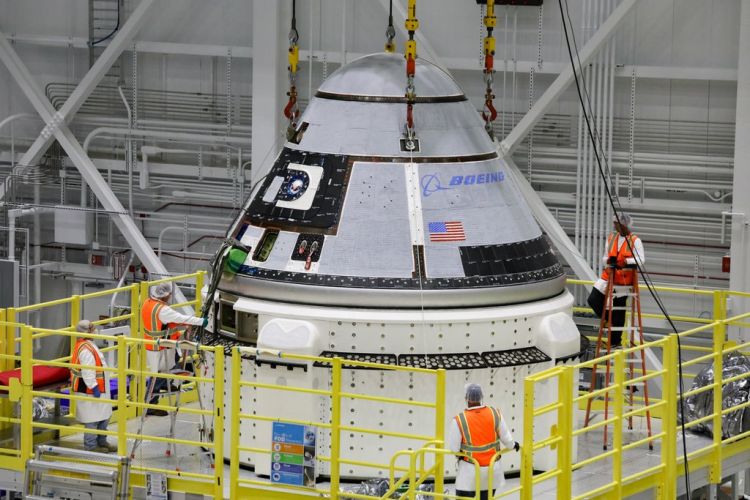 Boeing was one of two American companies chosen by the space agency to develop spacecraft for flying astronauts to the International Space Station, Eurasia Diary reports citing NT.
Boeing will test the safety system of its commercial spacecraft on Monday morning, bringing the American aerospace industry one step closer to launching astronauts to the International Space Station for the first time since 2011.
The company will run an uncrewed test on the launch abort system of the CST-100 Starliner, a 16.5-foot spacecraft that can carry up to seven people, in New Mexico.
NASA is broadcasting live coverage of the test starting at 8:50 a.m. Eastern time, or you can watch it in the video player below. The test is only expected to last a couple of minutes and happen within a three-hour window.
The Starliner’s uncrewed orbital flight test is scheduled for Dec. 17 on the Cape Canaveral Air Force Station in Florida, according to NASA.
Boeing is a part of NASA’s commercial crew program, a partnership between the space agency and private American companies to build crewed spacecraft. NASA chose Boeing and SpaceX in 2014 to transport crew to and from the International Space Station, the research laboratory that orbits Earth.
Both companies are years behind schedule, and their first crewed launches will probably not occur until sometime in 2020.
Boeing plans to demonstrate the Starliner’s ability to protect astronauts in the event of an emergency before liftoff by carrying them safely away from the launchpad.
As part of the test, the Starliner’s four engines and thrusters will ignite and push the spacecraft up, according to NASA. The spacecraft is expected to reach nearly one mile above land and travel one mile north of the test stand. Then the spacecraft’s parachutes will deploy, and airbags will inflate as it touches down in the New Mexico desert.
The seats on the Starliner were designed to accommodate 95 percent of the world’s height variation, Boeing said in a tweet.
In August 2018, NASA named the astronauts who would eventually fly on the Starliner: Sunita Williams and Josh Cassada. American astronauts have not launched from United States soil since 2011, when NASA retired its space shuttle fleet and started paying for seats aboard Russia’s Soyuz spacecraft to send American astronauts to the space station.
Boeing received a contract worth up to $4.2 billion as part of the commercial crew program. Much of the money allotted to the company was meant to help the spacecraft meet NASA’s certification requirements for performance and safety. NASA promised Boeing at least two missions.
Boeing, the world’s largest aerospace company, is facing pressure to address its failings after hundreds of people died in two crashes of Boeing-built planes in October 2018 and March.

We customize every seat on #Starliner to accommodate 95% of the world’s height variation. Watch us scan @NASA_Astronauts to make their Crew Flight Test seats ahead of launch. #IAC2019 pic.twitter.com/6Ucp1haJen