Russia to test robot for radioactive waste disposal in early 2020 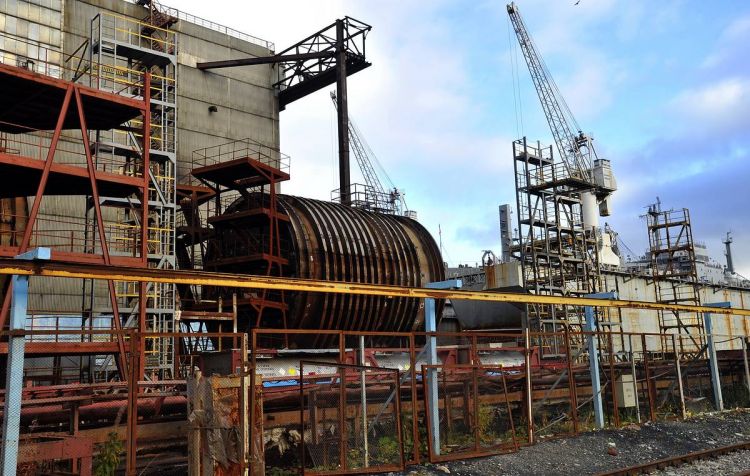 "Now the robot is being manufactured. At the beginning of next year, testing will already take place," Dudorov said.

The robot will be suspended on a special boom; the machine will be connected to the network using wires. The anthropomorphic robot will be controlled with the help of a master suit, which in copy mode will transmit the movement to the android from the operator. This control plan was previously worked out by the Android Technology on the robot named Feodor, for which the operator used a virtual reality helmet to see through the eyes of the android. As Dudorov explained, in the future the robot will be able to work autonomously.

The robots will be used in radioactive canyons where garbage with low radiation has been accumulated, that is, in storage facilities where "paper, wood, test tubes from laboratories" were dumped, Dudorov said. With the robot's help, the waste will be sorted, processed and incinerated. The level of radiation at these dumps is quite low, and the effect of the radiation on the electronics is not expected.

The robot is being developed in the interests of the Federal State Unitary Enterprise, which deals with radioactive waste. In particular, the company provides services for the collection, transportation, processing and storage of low and medium level waste. The company's tasks also include the management of spent nuclear fuel and radioactive waste generated during the disposal of nuclear submarines and ships with nuclear power plants of the Russian Navy.

According to the National Operator of Radiation Waste, the largest amount of radioactive waste has been accumulated in the Krasnoyarsk, Transbaikal, Stavropol Regions, Tomsk, Chelyabinsk and Ulyanovsk Regions, as well as in Udmurtia. According to the organization’s website, there are more than 1 million cubic meters of this type of waste. In the Novosibirsk Region, 500,000 to 1 mln cubic meters of waste are accumulated. A smaller number of radioactive waste is stored in Moscow, Kirov, Leningrad, Arkhangelsk Regions and a number of other regions. The site does not specify what type of f radioactive waste is located in storage.