One of NASA's new 'Turtle' astronauts may walk on the moon | Eurasia Diary - ednews.net

daily news
Agreement on Azerbaijan-Turkey visa-free regime to enter into force soon
Azerbaijani Presidnet says half of population are covered by a broad social package
Azerbaijani women thank our doctors - VIDEO
India now has more than 2 million confirmed coronavirus cases
Births in Armenia drop in first 6 months of this year compared to last
Germany to aid 2 million euro to Uzbekistan for fight against pandemic
Turkey, Libya, Malta agree on joint cooperatian
US reimposes tariffs on aluminum imports from Canada
﻿

One of NASA's new 'Turtle' astronauts may walk on the moon 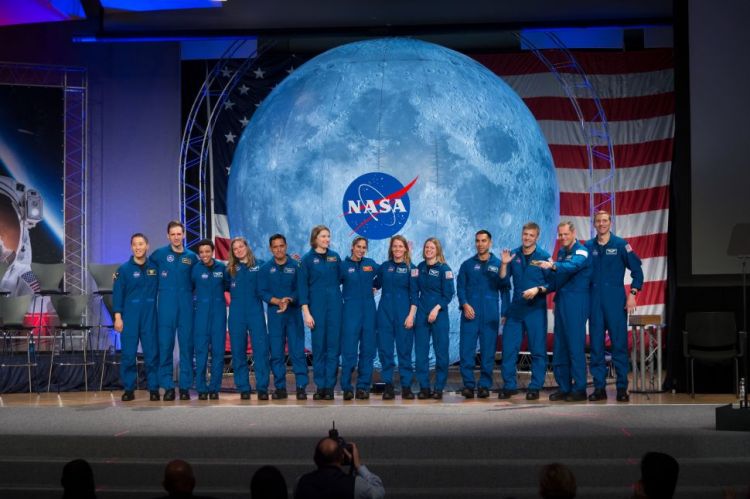 One of the members of NASA's newest astronaut class graduating today (Jan. 10) might be the next to walk on the moon and perhaps might even be the first to set foot on Mars. Eurasia Diary reports citing Space.
The graduates, nicknamed the "Turtles," after a metaphor that Vice President Mike Pence employed when the astronaut class was originally announced in 2017, is NASA's 22nd class of astronauts to graduate from basic training and the first class of astronauts to graduate under NASA's Artemis program, which aims to land the first woman and the next man on the moon by 2024.
In addition to its goal of returning humans to the moon, NASA's Artemis program encompasses the development and actualization of technologies for the Lunar Orbiting Platform-Gateway; NASA's Space Launch System rocket; the Orion spacecraft; and for missions that will send astronauts even further, to Mars and perhaps beyond.
The 13 astronauts (11 NASA astronauts and two Canadian Space Agency astronauts) who graduated today join the active astronauts in NASA's astronaut corps who are eligible to be assigned to fly on the first crewed mission to the moon since 1972. The crew may also have the opportunity to fly to Mars as NASA continues to push space exploration forward.
"These astronauts could one day in fact walk on the moon as part of the Artemis program and perhaps one of them could be among the first humans to walk on Mars," NASA administrator Jim Bridenstine said today during the graduation.
Republican Sen. Ted Cruz of Texas said during the graduation, "When we get to the moon, it's because it happens here in the state of Texas."
The next moon landing will be special not not only because it will be the first in so many decades but also because it will be the first crewed moon mission to include a gender-diverse crew. "Remember this," Bridenstine said, "in the year 2024, we are gonna take not only the next man but the first woman to the surface of the moon."
The astronauts didn't hide their excitement to be part of this ambitious initiative. During a segment of the graduation program in which selected students were able to ask questions, Matt, a student from Wesley Elementary School, asked the astronauts about our future on the moon and how long we're going to stay.
Newly graduated NASA astronaut Matthew Dominick answered, referring to the giant image of the moon that served as a backdrop on stage. "How can you not see this moon up here all day and not want to walk all over it?" Dominick said. "We're going to stay, and what that means is after you work hard in school, you're going to join us on the moon and join us on Mars."
Before the astronauts were given their pins, signifying that they had officially graduated basic training, Bridenstine gave them a tip they might find useful if they get to walk on the moon one day. He told a story about NASA astronaut Alan Bean, who consigned his astronaut pin to a crater on the moon along with the pin of fellow astronaut Clifton Williams, who was killed in a plane crash. "If one of you are on the surface of the moon and you do find one of those pins, if you would leave it there, we would appreciate it," Bridenstine said.
Bridenstine sent off the newly minted astronauts with a heartfelt message: NASA will "make sure that you not only go to the moon or to the International Space Station, and maybe one of you will go to Mars, but you will come home safely. We care about you, we love you."