Teleportation is possible in the quantum world | Eurasia Diary - ednews.net

Teleportation is possible in the quantum world 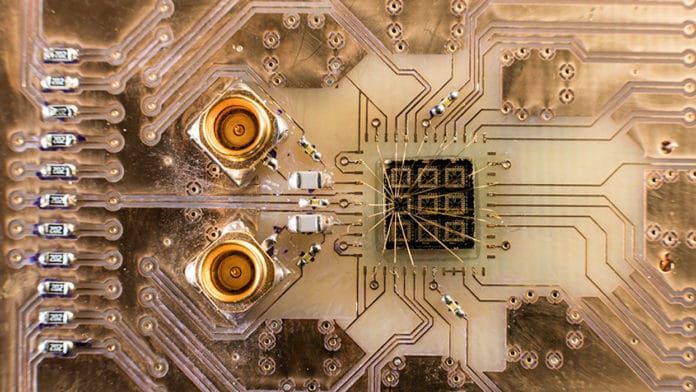 Teleportation has been demonstrated in many experimental quantum information processing platforms, and it is an essential tool for quantum error correction, measurement-based quantum computing, and quantum gate teleportation, EDNews.net reports citing Tech Explorist.

Scientists from the University of Rochester and Purdue University have overcome this challenge using a recently demonstrated technique to distribute entangled spin states via Heisenberg exchange.

Through this study, they have shown that teleportation is probably possible between electrons. The research is an essential step in improving quantum computing, which, in turn, has the potential to revolutionize technology, medicine, and science by providing faster and more efficient processors and sensors.

John Nichol, an assistant professor of physics at Rochester, said, “Individual electrons are promising qubits because they interact very easily with each other, and individual electron qubits in semiconductors are also scalable. Reliably creating long-distance interactions between electrons is essential for quantum computing.”

“Creating entangled pairs of electron qubits that span long distances, which is required for teleportation, has proved challenging, though: while photons naturally propagate over long distances, electrons usually are confined to one place.”

Using a technique that is based on the principles of Heisenberg exchange coupling, scientists demonstrated quantum teleportation using electrons. An individual electron is like a bar magnet with a north pole and a south pole that can point either up or down.

The direction of the pole—whether the north pole is pointing up or down, for instance—is known as the electron’s magnetic moment or quantum spin state. If certain kinds of particles have the same magnetic moment, they cannot be in the same place at the same time. That is, two electrons in the same quantum state cannot sit on top of each other. If they did, their states would swap back and forth in time.

Nichol says, “We provide evidence for ‘entanglement swapping,’ in which we create entanglement between two electrons even though the particles never interact, and ‘quantum gate teleportation,’ a potentially useful technique for quantum computing using teleportation. Our work shows that this can be done even without photons.”