How to track the giant asteroid about to pass by Earth - ednews.net

How to track the giant asteroid about to pass by Earth

An asteroid bigger than the tallest building on Earth is set to cruise through the inner solar system. 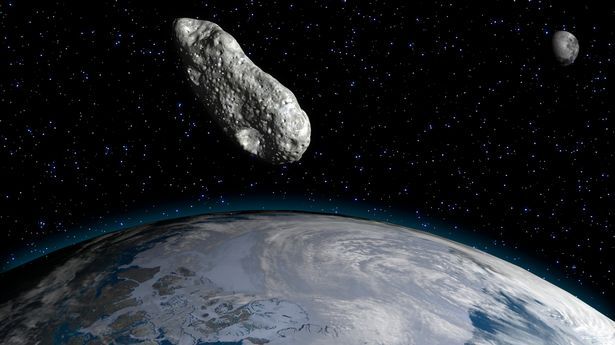 There's no need to freak out, but an asteroid that measures a little over half a mile wide (1 kilometer) will be cruising close enough to our planet that amateur astronomers may be able to get a glimpse.
Asteroid 1994 PC1 is coming in for a swing past our cosmic corner on Jan. 18. While it's quite a big 'un as space rocks go, it will comfortably zip by at a distance of 1.2 million miles (1.93 million kilometers) from Earth. That's more than five times the distance between our planet and the moon, so if you aren't worried about the moon crashing into your house next week, you shouldn't be worried about this asteroid either.
"Near-Earth asteroid 1994 PC1 is very well known and has been studied for decades by our planetary defense experts," NASA tweeted Wednesday. "Rest assured, 1994 PC1 will safely fly past our planet."
Asteroids go whipping by us pretty much every day. Thousands are cataloged and tracked and most that pass close by our planet tend to be pretty small. 1994 PC1 is a pretty big one to be venturing so far outside the asteroid belt, but by no means is it unprecedented.