NATO use of depleted uranium in Yugolavia was ecocide on planetary scale - ednews.net

Armed attack on the Azerbaijan Embassy in Tehran - "Yasin Huseynzadeh, is likely to be working for SEPAH" - EXCLUSIVE
Read: 235 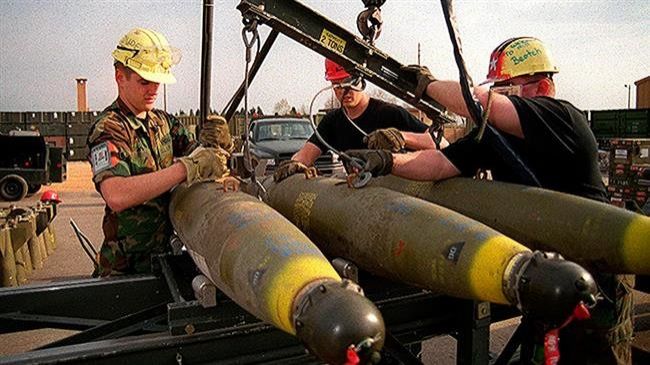 The use of munitions containing depleted uranium during NATO's 1999 bombing of Yugolavia was an "ecocide on a planetary scale," a prominent Serbian expert on environmental issues, Prof. Velimir Nedeljkovic, has said.

"Almost 20 years have passed since 1999, and we have only started fighting for the truth," the expert said during the presentation of the "Uranium-238. My story" documentary in Belgrade. "Back in 2000, it was already clear to me that it was not just an environmental disaster, but an ecocide not even of a regional, but of a planetary scale."

"The bombings were carried out absolutely deliberately, and pursued certain goals. Kosovo is a geographical phenomenon, as rivers originating in this region flow into three seas - the Aegean, the Black and the Adriatic seas. Therefore, NATO used depleted uranium to bomb a small region, but managed to contaminate three seas. Those seas are connected to oceans, so it is evident that the pollution was of a planetary scale," the expert went on.

Nedeljkovic compared the use of depleted uranium in Yugoslavia to the 1945 nuclear attack on Japan.

"It was clear that the war is over, that even one bomb is redundant, let alone two. However, those bombs were dropped for the sake of an in vivo experiment. It is clear why depleted uranium munitions were used in Kosovo - it was also an in vivo experiment to see how a vast region can be contaminated through a river system," he said.

The "Uranium-238. My story" documentary tells about NATO bombings and the radioactive pollution of Serbia’s southern regions and the territory of Kosovo and Metohija which were considered environmentally pristine prior to the attack. Experts in radioactive contamination and retired servicemen, who appear in the documentary, say that about 15 tonnes of depleted uranium were dropped on Serbia during the three months of the NATO aggression. After that, Serbia has seen the highest rate of malicious tumors in Europe, with more than 30,000 people diagnosed with cancer in the first 10 years since the bombing. Between 10,000 and 18,000 of them died.

The documentary was filmed with the support of Serbian lawyer Srdjan Aleksic, whose native village in southern Serbia was bombed during the NATO aggression. As a result, the region’s environment was contaminated with depleted uranium. Aleksic’s mother, just like dozens of his fellow villages, friends and relatives, died of cancer several years after the bombing, his father was also diagnosed with a malicious tumor.

The lawyer is set to sue NATO for the bombings and hopes that his film and work will prevent the use of depleted uranium munitions in the future.

"It is important that Serbia has managed to break the ‘uranium silence,’ and this issue is not a taboo anymore," said Serbia’s ex-foreign minister Zivadin Jovanovic, who is also a chairman of the Belgrade Forum public organization, which investigates the impact of the 1999 NATO bombings.

According to prominent Serbian scientist Ljubisav Rakic, the amount of depleted uranium dropped in the Balkan states during the NATO aggression would be enough to create 170 nuclear bombs, similar to those dropped on Hiroshima on August 6, 1945.

The bombing of Yugoslavia, officially codenamed by NATO Operation Allied Force, was the North Atlantic Treaty Organisation's (NATO) military operation against the Federal Republic of Yugoslavia (FRY) during the Kosovo War. It began on March 24, 1999 and ended on June 10, 1999. According to NATO, its pilots carried out 38,000 sorties during the 78-day operation, 10,000 of them with the purpose of air strikes.

According to military experts, about 3,000 cruise missiles were launched and 80,000 tonnes of various bombs were dropped, including cluster munitions and depleted uranium rounds. Petrochemical facilities and refineries were bombed, polluting the country’s rivers with toxic chemicals. Serbia estimates that between 3,500 and 4,000 people were killed and some 10,000 injured in those strikes, two thirds of them civilians. Serbia’s damage is estimated at up to $100 billion.