The Su-57 fighter jet is not even ready to fly - Russian specialists say
Read: 977

There's a 'Great Divide' in our Solar System - We might finally know how It formed
Read: 574 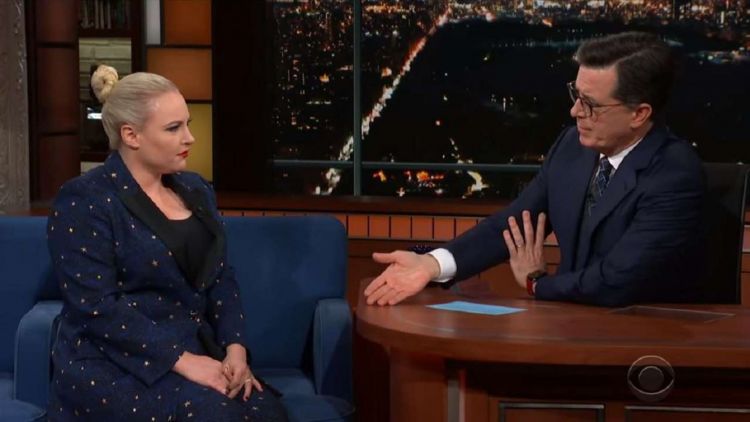 “The View” co-host Meghan McCain did not mince words when expressing her disdain for the Trump family for their treatment of her late father, Sen. John McCain, R-AZ.

Appearing on “The Late Show,” McCain was asked to elaborate about part of her eulogy at her father’s funeral when she said, “We gather here to mourn the passing of American greatness, the real thing, not cheap rhetoric from men who will never come near the sacrifice he gave so willingly.”

“I have to ask, did you know that Jared and Ivanka Trump would be attending when you wrote this?” Stephen Colbert asked.

McCain explained that she wrote her eulogy “in real time” as the senator was battling cancer and didn’t think about who would be attending his funeral. She did clarify that she didn’t know that the president’s daughter and son-in-law were coming in advance.

“I thought that my family made it clear- or at least I had, that the Trumps were unwelcomed around me and my father, had sort of been very clear about the line between the McCains and the Trumps. So I was surprised when they were there and it made me uncomfortable and I hope I made them uncomfortable, honestly, with everything.”

The conservative commentator told the “Late Night” host that her father designed his funeral to be a “bridging for America” and praised former presidents George W. Bush and Barack Obama for their tributes to her father.

The feud between Trump and her father began during the 2016 campaign when the then-candidate mocked the Arizona Republican for being a POW. Even beyond his death, the president has echoed criticism of McCain, most notably for giving the thumbs-down vote on the Senate’s failed effort to pass the “skinny repeal” of Obamacare.