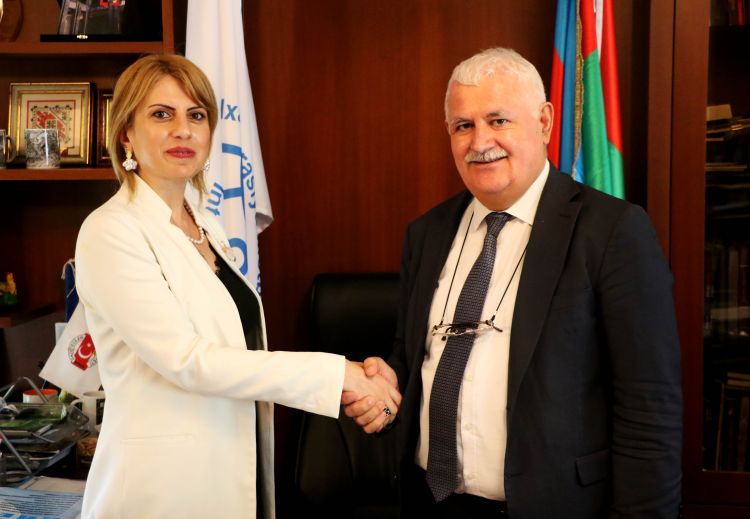 International Eurasia Press Fund (IEPF), founder of Eurasia Education Center is about to start an official partnership with an International Education Academy based in Georgia, Eurasia Diary informs.

A president of the IEPF Umud Mirzayev held an official meeting with Katie Tabutsadze, company director at International Education Academy and a professor at Georgian National University. The discussion was going around the partnership in promotion of the European Consortium for the Certificate of Attainment in Modern Languages (ECL), international examination system, which provides a standardised test-system customised to the languages of the European Union (EU) member states and the EU candidate countries.

U.Mirzayev informed that the IEPF signed an agreement with the University of Pécs in Hungary and received the status of the only ECL (European Consortium for the Certificate of Attainment in Modern Languages) in Azerbaijan in 2018. Eurasia Education Center became the first and the only center in the Republic of Azerbaijan, on the basis of which everyone who wishes to get the international certificate can attend the preparatory courses and pass an ECL exam. K. Tabutsadze informed that there is high interest found in Georgia in learning more about the ECL exam system and attend the preparatory courses. Therefore, partnership with the IEPF is a good way to promote this language test in Georgia and not only.

The sides agreed to work together on promotion of one of the most popular European languages proficiency test for working and studying abroad, in Azerbaijan, Georgia and other Post-Soviet countries.  Moreover, they discussed the possibilities to organize a number of Summer and Winter Schools, ECL preparatory courses for students and teachers (locally and abroad), and international conferences. The ECL examination system was developed by an international team of language testing experts, between 1983 and 1992. Since 1999 the International Centre of the ECL Exams operates at the Foreign Language Secretariat, at the University of Pécs, the first university in Hungary, established in 1367.

On the basis of the uniform criteria established in the first phase of standardisation, ECL exams can be taken in English, French, German, Hungarian, Italian, Polish, Rumanian, Bulgarian, Serbian, Slovak, Russian, Spanish, Croatian, Czech and Hebrew.