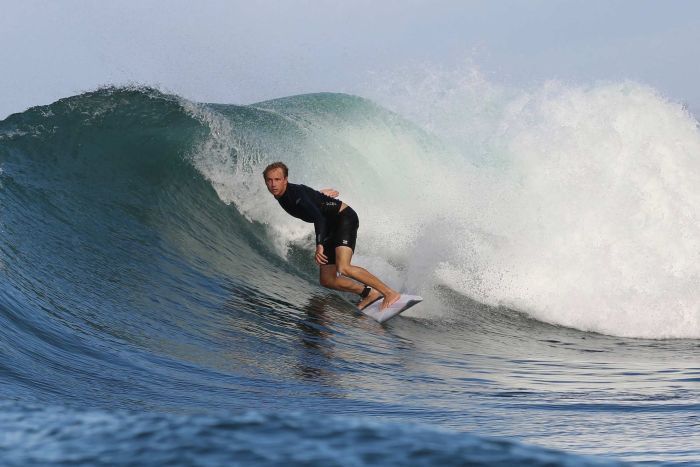 A meth-addled Kiwi driver who killed a young surfer in Australia has been jailed for six years.
New Zealander Andrew Jon Simon, 37, crashed into 20-year-old Lachlan Yeo and Yeo's girlfriend Annie Riley in Western Australia.
The Australian Associated Press (AAP) reported Simon was "a long term drug user", fatigued and with cannabis and methamphetamine in his system, when he crossed into oncoming traffic in Yalyalup, about 220km south of Perth.
Yeo died at the scene.
In a victim impact statement delivered on Friday, she told a WA court: "It's in constant repeat over and over in my head. Part of me died in the crash with Lachie.
"He is on the other side and I just want to talk to him."
Mr Yeo's father reportedly told the court his son "often talked about having a family".
A prosecutor said Simon kept offending even after the fatal crash.
"He was found with drugs and drove despite his licence being suspended, and was caught speeding and driving an unlicensed car with false plates," AAP reported.
WA Today said Simon "had a long history of drug use and relapsed earlier in 2018 after his marriage broke down".
Yeo was studying at university and was a keen surfer who loved camping and playing music, ABC reported.
He previously attended Christ Church Grammar School in Perth, where he won an award on 2015 for surfing.
The school website showed Yeo also helped distributed dozens of toothpaste, toothbrush and hygiene packages to homeless people in 2013.
Judge Felicity Davis reportedly said Simon's truck-driving background should have alerted him to signs of fatigue.
The Mandurah Mail said Simon pleaded guilty to driving under the influence of drugs causing death, and to driving under the influence of drugs causing grievous bodily harm.
Simon reportedly faced a minimum four year non-parole term and would be disqualified from driving for five years after his release.