IEPF president meets with Ambassador of Pakistan to Azerbaijan 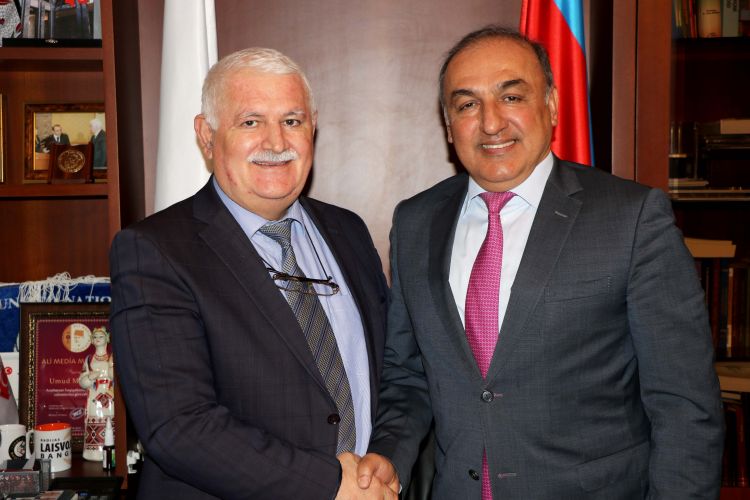 On January 30, Ambassador of Pakistan to Azerbaijan Saeed Khan Mohmand paid a familiarization visit to the International Eurasia Press Fund (IEPF) and met with the president of an organization Umud Mirzayev. The IEPF president presented the work of the organization, which enjoys a General Consultative status with UN ECOSOC and has several key work directions. U.Mirzayev also spoke about different projects which were implemented with organizations of Pakistan, international organizations, UN entities and foreign diplomatic missions. Both sides also spoke about the Armenia-Azerbaijan Nagorno-Karabakh and India-Pakistan conflict over Kashmir, which last some decades despite the existing UN resolutions.

Both sides highligted the necessity to see both conflicts to be resolved in the near future. They agreed to work together on establishment of close partnership and think about mutual projects to be implemented.

In the end of the meeting, the Ambassador of Pakistan gave an exclusive interview to Eurasia Diary, which will be published very soon. The Ambassador and the Colonel Nadeem Yaqoob Chaudhry were presented the film prepared by the IEPF on the life of children in the war-affected regions of Azerbaijan.