Many Armenians ‘not ready to go to war’ for the sake of Pashinyan regime’s interests - Russian expert
Read: 600 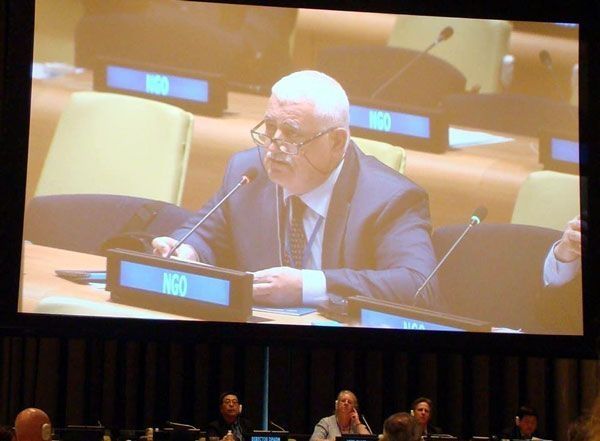 The International Eurasia Press Fund (IEPF) called on international organizations to strongly condemn the leadership and Armed Forces of Armenia for displaying yet another aggression against the civilian population of Azerbaijan.
EDNews presents the full statement:

On July 12, the Armed Forces of Armenia had flagrantly violated the ceasefire regime and used artillery mounts to fire on the positions of Azerbaijan’s armed forces in the direction of Tovuz district, along the state border between Armenia and Azerbaijan.
During this short period, eleven Azerbaijani servicemen were killed, including two senior military personnel. Several soldiers were injured. For clarity, it should be noted that the Tovuz region is not part of the Karabakh region and the surrounding 7 regions that have been illegally occupied since 1991 as a result of the military aggression of Armenia against Azerbaijan.
By its actions, Armenia openly declares its intention to continue and expand its occupation policy towards Azerbaijan, defiantly ignoring international law and principles.
Since the establishment of the ceasefire regime, Armenia has constantly violated the regime by opening fire both in the direction of the positions of the Armed Forces of Azerbaijan and in the direction of civilian settlements. In 2017, as a result of shelling of Alkhanli village of the Fizuli region of Azerbaijan by the Armed Forces of Armenia, a 2-year-old girl and her grandmother were killed. In 2019 alone, 6 civilians died on the border.
In this difficult time for everyone to fight the coronavirus pandemic, the Armenian leadership continues to commit atrocities, trying to aggravate the situation against the background of socio-economic problems in their country. Armenia also seeks to divert the attention of the international community from its many years of illegal occupation of Azerbaijani Nagorno-Karabakh and 7 adjacent regions, adding new directions for the conflict. Moreover, this is a clear attempt to drag the Collective Security Treaty Organization into a bilateral conflict, expanding it to a global scale. Do not forget that as a result of the Armenia-Azerbaijan Nagorno-Karabakh conflict, more than 1.2 million refugees and IDPs still cannot return to their native lands.
Over the past two days, the Armenian armed forces have repeatedly bombarded peaceful villages in the western Tovuz region of Azerbaijan, endangering and killing civilians using 120-mm mortars and D-30 howitzers. More than 10 civilian houses in Tovuz were seriously damaged by the artillery fire.  On July 14 a 76-years old civilian, Aziz Azizov was killed in Tovuz region of Azerbaijan by the Armenian Armed Forces' shelling. The Khanliglar village of the western Gazakh region, which shares a 29 kilometer-long border with Armenia was also targeted by the Armenian military's heavy weapons. Last day, Armenia, in violation of the 18th article of the Geneva Convention, attacked the Tovuz Central Hospital.

While Azerbaijan has been trying for several decades to resolve the conflict peacefully, based on respect for the sovereignty and territorial integrity of Azerbaijan within internationally recognized borders, Armenia is constantly violating the ceasefire, undermining the entire negotiation process. Now we see how the Armenian leadership violated the ceasefire regime with the aim of seizing new Azerbaijani territories, which is absolutely unacceptable. IEPF strongly condemns the aggressive and brutal actions of Armenia and calls on the international community, the UN, peacekeeping organizations, co-chairs of the OSCE Minsk Group, the European community to express their clear position against the aggressive actions of Armenia and strongly condemn the Armed Forces of Armenia for their attacks on Azerbaijani civilians. Finally, concrete action must be taken with regard to the aggressor and occupier. If the international community does not respond, this confrontation will develop into a large-scale conflict between Armenia and Azerbaijan, which will have serious consequences for all regional security.