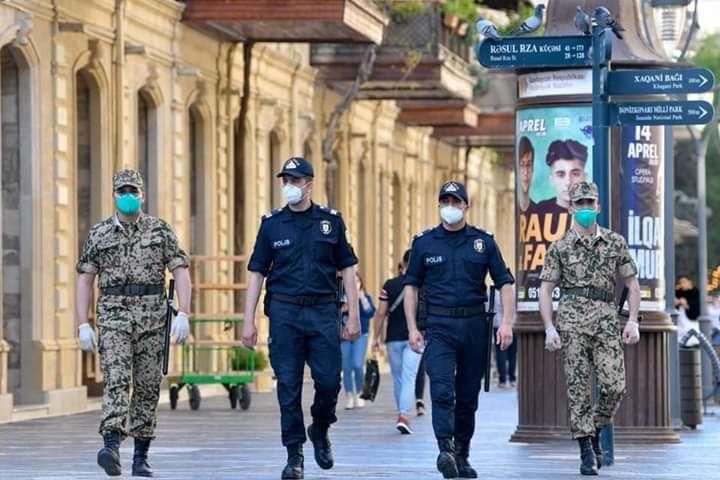 Azerbaijan has extended until August 31 the strict coronavirus quarantine regime that is in force in the country, while cancelling the SMS permit system that will allow citizens leave their homes without obtaining electronic permission, Operational Headquarters under the Cabinet of Ministers reported in a briefing on August 3, EDNews.net reports citing Azernews.

The system of SMS-permissions and the provision of permits through the portal "icaze.e-gov.az" will be abolished as of 06:00 on August 5.

Under the new lockdown rules, the toughened special quarantine regime will be canceled in Sheki and Siyazan regions as of tomorrow.

The prohibition on work of major shopping centers will remain in force, except for food stores and pharmacies, located in them.

Additionally, the following restrictions will remain in force in 13 cities and areas where a stricter special quarantine regime has been introduced:

-suspension of the activities of museums and exhibition halls;

-discontinuation of the educational process in all educational institutions (except for examinations, contests, interviews and reception of citizens' appeals in connection with the provision of various certificates and documents);

-prohibition of all mass events, including cultural and sporting events;

-prohibition on entry and exit by land and air (except for charter flights);

-a ban on land and air transport of passengers to cities and areas where a stricter special quarantine regime has been introduced, with the exception of special purpose vehicles, including ambulances, rescue vehicles and trucks; (except in the Nakhchivan Autonomous Republic)

-temporary suspension of admission to public institutions, except for ASAN and DOST service centers;

-a ban on events services, including birthdays, weddings, engagements and other similar events in the home or elsewhere;

-prohibition of work of children's and other entertainment centers and facilities (including those located in boulevards and parks), cinemas and catering establishments in large shopping centers;

-a ban of sports and rehabilitation services (except for medical services in this area);

-a ban of cultural facilities, including cinemas, theatres and gyms;

-prohibition on the organization and holding of memorials in ceremonial halls, tents and other closed areas, except for funerals;

-a ban on gathering citizens in groups of more than five people in public places, including streets, boulevards, parks and other places;

-a ban on hookah smoking in public catering establishments;

-a ban on family visits to persons undergoing treatment in health facilities;

-a ban on provision of bathing services and massages.

Moreover, within the rules established by the Ministry of Ecology and Natural Resources, the Ministry of Emergency Situations and the Executive Power of Baku city, citizens will be allowed to visit beaches without obtaining permission as of August 5.

Citizens will be able to check the availability of free places in beaches via cimerlik.az portal. The level of occupancy on the beaches will be depicted in green, yellow, red colors. If the beach is full, the citizens will know about it in advance. Thus, if the capacity of one beach is 500 people, then 501 person will not be allowed to enter, and will be offered to go to another beach.

It was noted during the briefing that international flights between Azerbaijan and foreign countries will be opened soon.

It should be noted that Presidential Aide Hikmet Hajiyev said during the presser that the situation over COVID-19 was under control and there is a positive trend across the country. He noted that new proposals for economic and social support of the population during the coronavirus pandemic are being discussed. Due to the changes in the economic package, the Cabinet of Ministers was given new proposals, and discussions related to social packages continue.