Iran interested in developing tourism in liberated territories of Azerbaijan 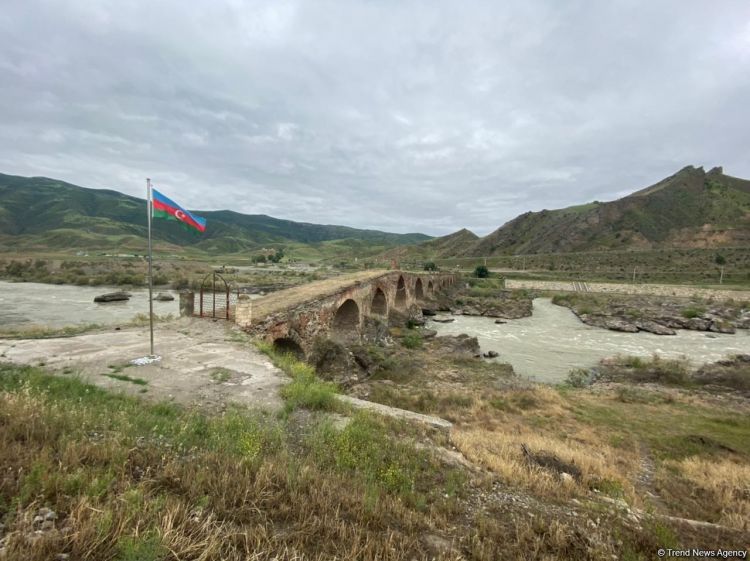 Khudafarin bridges between Azerbaijan and Iran, which have a special historical relationship, should be in the center of attention as much as possible, Iranian Minister of Cultural Heritage, Tourism and Handicrafts, Ali Asghar Mounesan told journalists, IRNA reports.

He made the remark while getting acquainted with Khudafarin bridges in East Azerbaijan (northwestern Iran).

The minister stressed the Khudafarin bridges will contribute to the development of tourism relations between the two countries.

Mounesan added that Khudafarin is considered the ambassador of the culture, history, and tourism diplomacy of Iran and Azerbaijan. Therefore, substantial work will be done in the direction to strengthen its infrastructure.

“The discussions will be held with the friendly and neighboring Azerbaijani side to restore Khudafarin bridges and register them at the international level,” he noted.