Azerbaijan has right to use its armed forces to take back its legally acknowledged territory - British journalist
Read: 5848

Europe in the Sino-U.S. Rivalry 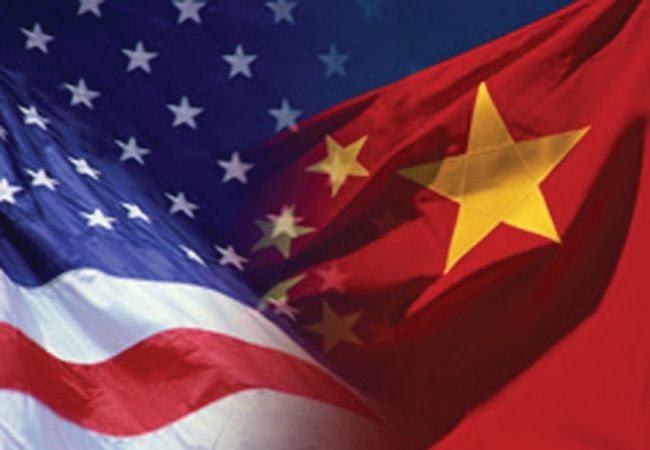 The 75th anniversary celebration of the D-Day invasion on June 6 in France produced an outpouring of rhetorical unity that was unprecedented by the standards of the Trump era. Standing before the crosses of 9,300 fallen soldiers and a small group of veterans at the American cemetery in Colleville Sur-Mer, President Trump eulogized “our cherished alliance.” He reassured Angela Merkel, Theresa May, and Emmanuel Macron that “our bond is unbreakable” and that “We will forever be together.” His speech elicited praise even from his harshest critics on both sides of the Atlantic.

Notably absent at the gathering of 16 government leaders was Vladimir Putin, who shamefully was not invited. Anglo-American-Canadian forces suffered appalling casualties during World War II, with an estimated 300,000 killed in combat in Europe, and 10,000 dead or wounded on the beaches of Normandy. By contrast, Russia lost an estimated 24 million soldiers and civilians. When a second front was finally established at Normandy Germany fielded 212 divisions on the Eastern front, and 11 in the West. The Red Army and partisans accounted for 80% of German casualties.

Even as the leaders celebrated a largely mythical Western solidarity, the sub-text was transatlantic discord amid growing conflict with Russia and China. While tactical divisions over China policy among U.S. policymakers and segments of corporate America persist, there is a growing determination across the board—including on Wall Street and within the Pentagon—on the need to contain China’s rise. U.S firms are gradually moving supply chains out of China. Notably, production is not generally returning to the United States: notwithstanding Trump’s campaign rhetoric the “trade war” has less to do with a promised domestic reindustrialization than the drive of U.S. corporations to expand markets and profits worldwide and retain global technological leadership.

For their part, Chinese firms are withdrawing from supply chains that are susceptible to U.S. sanctions, seeking instead to produce inputs either domestically or within China’s sphere of influence. Responding to the blacklisting of Huawei the Chinese Commerce Department has established a list of “unreliable” foreign companies and persons. While agreements may be reached—and are perhaps even likely under the threat of global economic downturn, China will certainly not abandon its developmental model, now characterized by Xi Jinping as China’s “new long March.” As a “digital iron curtain” descends on a gradually decoupling world economy, the rest of the world is compelled to choose sides.

In May the Trump Administration enacted a series of policies designed to prevent U.S. companies from doing business with China’s telecommunications national champion Huawei, and therefore exclude or restrict its participation in “next generation” 5G networks on a global scale. Europe is the “primary battleground” in the struggle between Huawei and Washington. Many European countries plan to transition to 5G through cooperation with Huawei. Citing national security concerns, the United States has proposed a variety of diplomatic and political measures, including sanctions, to enforce a blacklist. Google responded by stating that it would limit sales and services to Huawei, a potentially crippling development that would slow China’s economic ascent. At the same time, while in France Trump threatened to impose 25% tariffs on an additional $300 billion Chinese exports unless Xi Jinping attended the forthcoming G-20 Summit in Osaka at the end of June and agreed to a trade deal. U.S. Treasury Secretary Steven Mnuchin has further stated that sanctions on Huawei could be eased in the event of an agreement, apparently confirming the commercial as well as national security motivations for Washington’s campaign against Huawei.

The restrictions on Huawei were eventually suspended, in part as a result of resistance from U.S. corporations which would also be damaged by the blacklisting of Huawei and other Chinese companies. The relaxation illustrates the contradictions inherent in the “great decoupling,” reprising a similar situation last year when Trump temporarily imposed a blacklist on ZTE, also at the expense of its American suppliers. At the present time the United States, Japan, and Australia have banned Huawei and India is contemplating doing so. In the absence of a unified EU policy, Germany, France, and the U.K. have refused to follow suit, but in the longer run it is possible that stricter but non-targeted national regulations will limit the presence of Huawei in many European countries.

Notwithstanding sanctions, Russia remains highly dependent on its trade with Western Europe and stands to benefit from a strong and prosperous EU, but it is clearly moving towards China. Sino-Russian trade has soared to record levels. Even as the Western leaders convened at Normandy Xi Jinping met with Vladimir Putin in Moscow before travelling with a 1000-person delegation to the St. Petersburg Economic Forum, where Russia signed numerous economic deals, including an agreement with Huawei to develop 5G networks.

European leaders have repeatedly called for “strategic autonomy.” However, EU initiatives such as the European Defense Fund (EDF) and Permanent Structured Cooperation on Defense and Security (PESCO) designed to exclude non-European firms and foster the development of an autonomous military industrial complex are very modest, hindered by intra-European divisions and strongly resisted by Washington , which seeks to maintain primacy over an integrated and highly lucrative transatlantic armaments market dominated by American firms. The EDF provides for $13 billion for 2021-27 compared to a U.S. military budget exceeding $700 billion annually.

At the same time, it is becoming more difficult for Europe to preserve the delicate economic balance between Washington and Beijing. In March, the European Commission designated China as a “systemic rival” and “economic competitor” even as Italy and many central and eastern European countries signed on to the Belt and Road Initiative (BRI). The EU is China’s largest trading partner and China is the EU’s second largest, just behind the United States. On one hand, Germany’s core automobile industry is heavily dependent on exports and production in China. Germany is therefore susceptible to retaliation from Beijing if it adheres too closely to Washington. On the other hand, the Trump administration has suspended--but not rescinded-- automobile tariffs on the EU for a further six months. It is also considering new challenges to Nordstream 2. The overall significance of the North American market for Europe—and especially for Germany’s export-led economy--stills outweighs that of China and endows Washington with a great deal of leverage.

The slowdown in global growth rates resulting from trade frictions throws a spotlight on Europe’s unique macro-economic dysfunctions. The stagnant European economy is already on life support as the ECB continues to pursue seemingly permanent and yet ineffectual negative real interest rates. Franco-German cooperation has faded in the context of German-enforced austerity throughout the Eurozone. Macron’s appeals to Merkel for a more expansive Eurozone policy have been rebuffed, accelerating the drift towards nationalism and anti-European sentiment, even if radical and euro-skeptical parties of the Left and Right are unable or unwilling to exit from the Euro. The continuing supremacy of the dollar has-- thus far at least—prevented Europe from circumventing Washington’s extraterritorial sanctions. The EU has been unable to reduce Iran’s economic isolation and underwrite the preservation of the Iran Nuclear Deal. Notwithstanding the extravagant appeals to transatlantic unity at Normandy European leaders are facing a profound transformation of the world political economy—and the U.S. role within it-- from a position of acute vulnerability and division.