No step back in Gulf tensions - Starting with words continues with actions | Eurasia Diary - ednews.net 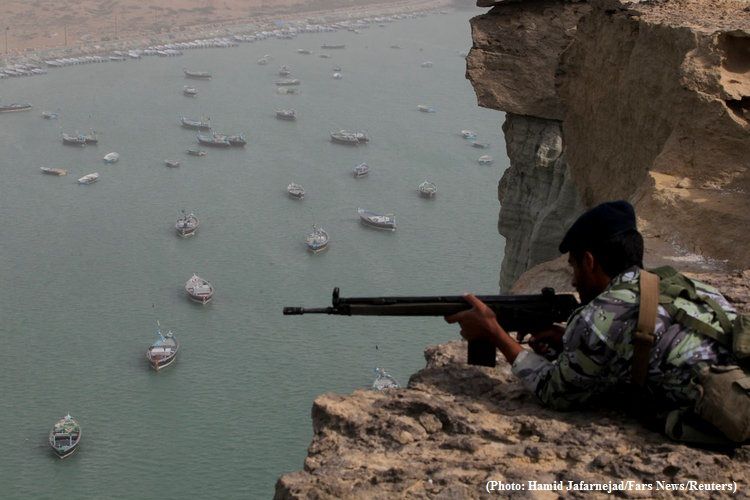 The Persian Gulf and Oman Gulf became the centre of clashes between US and Iran. European states and Russia also involved the clashes for showing their stances. During almost one month 6 tankers were attacked by unknown forces. The attacks make sides to blame each other and even threat with war

The tensions sparked when the US imposed sanctions on Iran over the nuclear deal and Iran reacted by threating of closing Strait of Hormuz on late of April. The strait has a huge importance on oil transportation. Twenty percent of the world's oil is carried through it by tankers.

Iran's Foreign Minister Mohammad Javad Zarif warned the US over hard consequences in Hormuz Strait.  "If the US takes the crazy measure of trying to prevent us from doing that, then it should be prepared for the consequences,” Zarif said. After almost 3 weeks from the statement, on May 12, two Saudi tankers, one Norwegian and one United Arab Emirates were attacked while moving off UAE shores.

The attacks escalated tensions between the US and Iran. US military and White House officials started to blame Iran on damaging ships. Russia's Deputy Ambassador Vladimir Safronkov urged de-escalation of conflict and calls both sides to wait for the results of investigations.

Iranian Foreign Ministry Spokesman Seyyed Abbas Mousavi expressed Iran's concern over the attack on commercial vessels. Iran avoided being on the behind of attacks.

Jeremy Hunt, the UK foreign secretary calls sides to be calm down and expressed concerns over the danger of conflict erupting by accident.

According to The Guardian, the German foreign minister, Heiko Maas, said he had told Pompeo during their Monday meeting: “We do not want it to come to a military conflict [between the US and Iran].”

UAE has told the UN Security Council that "state like actor" can do such coordinated and sophisticated sabotage attack.

On May 14, Yemen's Houthis rebels hit Saudi pipeline by drone.

The spokesman of the rebels, Mohammed Abdel-Salam, told the Associated Press: “This is a message to Saudi Arabia, stop your aggression.”

Adel al-Jubeir, Saudi Arabia’s minister of state for foreign affairs blamed Iran for standing behind of the attacks on oil facilities. “The Houthis continue to serve Iran’s agenda at the expense of the Yemeni people,” al-Jubeir tweeted.

While the results of the investigation of previous attacks were unclear, on June 13, two tankers were attacked in the Gulf of Oman. The Kokuka Courageous tanker, registered in Panama and owned by a Japanese transport company, was carrying methanol from Saudi Arabia to Singapore. The Marshall Islands-flagged Front Altair vessel, owned by Norway's Frontline, was sailing from the United Arab Emirates to Taiwan with petrochemical feedstock. Iran attempted to help the crew of the ships sending rescue ships and helicopters.

Saudi Arabian officials stormed Iran on attacks. Saudi Arabia's crown prince Mohammed bin Salman said the incidents "confirm the importance of our demands of the international community to take a decisive stance" against Iran's behaviour. He also accused Iran on destabilizing the region.

"Iran is always the party that's escalating in the region, carrying out terrorist attacks and criminal attacks either directly or through its militias," he said.

Saudi Minister of State for Foreign Affairs Adel Al-Jubeir harshly blamed Iran on provocation war in the region. “Everyone in the region wants to avoid war and military conflict, except Iran,” he said.

"Moscow resolutely condemns the attacks whoever might be behind them," the Foreign Ministry of Russian Federation stressed. "We think it necessary to refrain from quick conclusions. It is inadmissible to place responsibility for the incident on anyone until a thorough and unbiased international investigation is over."

The tension is not over. When Abe met with Iran's Supreme leader for delivering Trump's message, Ali Khamenei rejected to receive the message. This is the indication of current relations of Iran and the US. While speaking about the closing Strait, the US President Donald Trump says he is ready to respond to their actions. Further occasions can be expected by the actions of sides. Currently, we see no compromise and step back. The threat of miitary conflict is also possible variant.