"Why Azerbaijan has not yet attacked the conflict zone" - Russian political analyst on Karabakh conflict | Eurasia Diary - ednews.net

There is no power structure in the world that can deal with issue of this scale - Armenia PM to people
Read: 381

Analyst thinks if Turkey and Russia maintains its presence high in Libya, partition is unavoidable
Read: 352 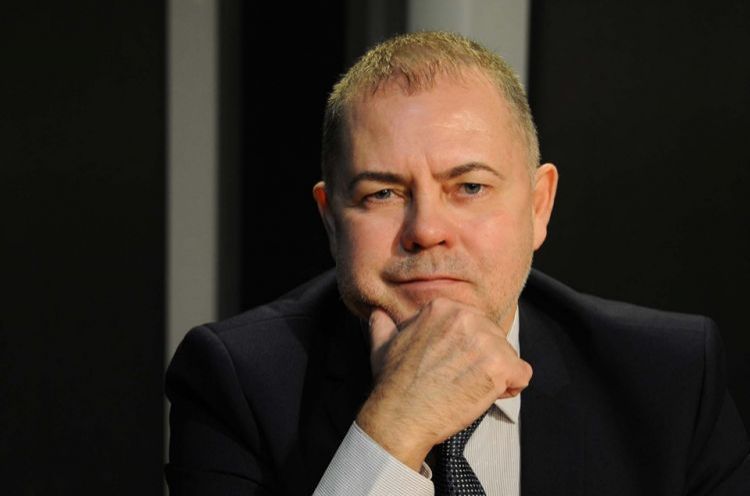 "If “Karabakh is Armenia,” then how should one understand the demands of Nikol Pashinyan on the need for special, separate participation of representatives of Karabakh in the negotiation process?"

Russian political analyst Grigoriy Trofimchuk said in an exclusive explanation to Eurasia Diary. Prime Minister of Armenia Nikol Pashinyan visited in Karabakh, Khankendi for watching Panarmenian Games. During his visit, Armenian PM announces several statements. "Artsakh (Karabakh) is Armenia and there is no alternative," Pashinyan's said during his speech.

Grigoriy Trofimchuk is a Russian expert on foreign policy, security and defence, head of Council of Experts of "Workshop of Eurasian Ideas" and expert of Russian TV Program - Who is against? (Кто против?).

He thinks that the new leadership of Armenia does not even bother to create the appearance of such an independence enclave, which speaks only of one thing: about the deliberate, targeted provocation of Azerbaijan to war.

"Moreover, this is not the first case, but a whole chain of events of this kind. This case is pulling Azerbaijan's nerves. It surprised us at the same time why Azerbaijan has not yet attacked the conflict zone. I have already said, and I repeat again: I do not think that Pashinyan independently solves such problems aimed at undermining the entire South Caucasus. And here we should already think about what is happening to such organizations as, for example, the CSTO."

The political analyst also touched upon the probable effects of the Pashinyan's speech on the negotiation process. He said that currently, all the process of negotiation depends on Baku.

"Baku waited for the change of power in Armenia, and after that the first scheduled meeting of Ilham Aliyev with Nikol Pashinyan on Karabakh took place. The foreign ministers of Azerbaijan and Armenia meet regularly. This suggests that Baku is ready to solve the problem in a peaceful, political, diplomatic way."

According to the political analyst, Azerbaijan's action is worth a lot in itself mainly including the recognition of the new Armenian government.

"After all, can you imagine they recognized the legitimacy of those who actually came from the street in an incomprehensible way and without entirely clear final goals, including for Russia."

"Nevertheless, Pashinyan did not appreciate this gesture, and they want more. It's strange, just looking from aside, how Azerbaijan manages to restrain itself after the April Four Day War 2016. Nevertheless, there have not yet been any statements on the termination of the negotiation process from the Azerbaijani side. Baku hopes that Moscow understands the complexity of the situation, and as a responsible observer will find a way out, as the situation is regularly aggravated."

While asking what Azerbaijan should do in this situation, Trofimchuk answered:

"I have repeatedly answered this question. The first thing I would do is to strongly — I would check with the group of international observers on Karabakh, the OSCE Minsk Group — did they hear Nikol Pashinyan’s statements aimed at changing the negotiation format , and how they are going to react to it. I would have asked them so that I would set aside all other matters. The second is the issue of rotation within the OSCE Minsk Group itself, which Baku has raised repeatedly. However, everyone is still in their places and, in fact, still, do nothing to stop the escalation of the conflict. There are other suggestions, but for now, I would like to hear intelligible answers from observers at least on these points. Otherwise, it should be clearly said that observers (with the exception of Russia) benefit from the large-scale war in Karabakh and in the South Caucasus as a whole," Grigoriy Trofimchuk concluded his opinion.