Leeds needed three points, and delivered what was needed. 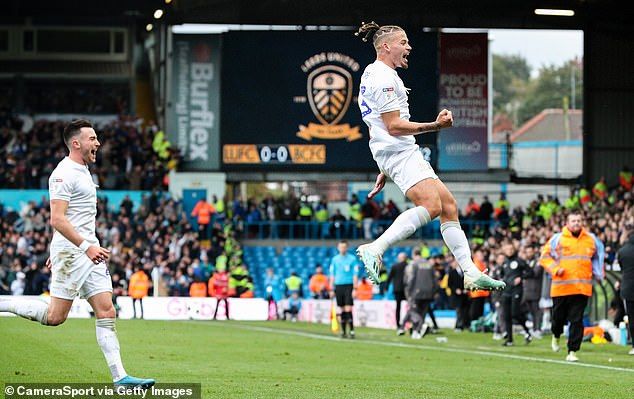 Leeds United got a much-needed win against Birmingham City, in front of the biggest Elland Road crowd of the season, 35,731.

A goal from Kalvin Phillips was enough to give Leeds a 1-0 win in a game that Leeds dominated until the late stages - where Leeds dropped back and gave away too much of the ball leading to Birmingham getting on top in the game. However, Birmingham only created one really good chance - a late header from defender Kristian Pedersen.
Time now to look at each player and how they performed. As always you can tell me how wrong I am @mightywhitespod or @ThruItAllLUFC on twitter.
STARTING LINE-UP

Kiko Casilla - Not forced into any particularly difficult saves but made the ones he needed to well. Did well coming for crosses when needed. Came off his line well on one occasion but didn’t get his clearance right leading to a panicky moment. 7.5/10

Luke Ayling - Playing as a RCB in a 3-3-1-3, it was a good game for the captain on the day. Made several good block tackles and was consistently in the right position. Passed the ball well and brought the ball out from defence when he had space to do so. 7.5/10
Ben White - Marshalled a makeshift back three very well given his relative inexperience. Did well in the air and was calm in possession. 8/10
Gaetano Berardi - No sign of the player that sometimes terrifies Leeds fans. He did excellently in the air considering his height disadvantage and read the game really well. Played some really good passes out from the back on occasion. 7.5/10
Stuart Dallas - Spent some time as a right-wing-back but also moved into a more central role at times. Had the best chance of the first half, forcing Lee Camp into a good save, but he probably should have scored given the quality of the chance. Seems to be able to do a good job whatever is asked of him. 7/10
Kalvin Phillips - Man of the match display for the “Yorkshire Pirlo”. Got to push forward more than usual due to the change in formation and this allowed him to get his first goal of the season after a good assist from Jack Harrison. Outside of that he did all the things he usually does to a good standard. Good in the air, made many excellent tackles, passed the ball well. Great display. 9/10
Ezgjan Alioski - Worked himself into the ground as always. Probably should have got on the scoresheet given he had a few decent chances - including a skied effort from inside the six-yard box that he should have done much better with. Got into a lot of good positions but didn’t quite get his final ball right. 7/10
Mateusz Klich - Played as the 10 in the 3-3-1-3 and had an ok game without ever taking charge of the game. 6/10
Helder Costa - Didn’t have the best game. There were some good moments where he was able to run at players but they didn’t come often enough. There were many occasions when Costa’s runs seemed to take into places where he couldn’t receive the ball. Stayed on the right for the majority of the game while most of the play went down the left. 5/10
Patrick Bamford - Lead the line well and kept making runs in behind, unfortunately the passes (often long) were usually a yard away from finding his run. Dragged one decent chance wide. Chose to pass to Costa for another chance which given the chances it created was a good decision. Involved well in link-up play but did lose the ball more than you would like. 6.5/10
SUBSTITUTES
Eddie Nketiah (for Bamford, HT) - This match summed up the Nketiah/Bamford debate. Nketiah looked more dangerous to the opposition when he had the ball. His flick-ons in behind got the wingers in behind really well. However, he was less involved than the man he replaced and when Leeds’ were defending at the end of the game he was far less effective than Bamford with hold-up play so the ball kept coming back. The exact same argument rages on. 6/10
Tyler Roberts (for Klich, 61 mins) - Really dangerous as a number 10. Able to turn and run at players and caused problems for the Birmingham defence. The combination of Roberts/Nketiah looked to have real potential. Also worked hard without the ball. 7.5/10
Barry Douglas (for Costa, 84 mins) - Not on long enough to score.