"There was no warning" - Minister for Internal Security of Luxembourg on Armenian provocation at Dudelange-Qarabag match | Eurasia Diary - ednews.net 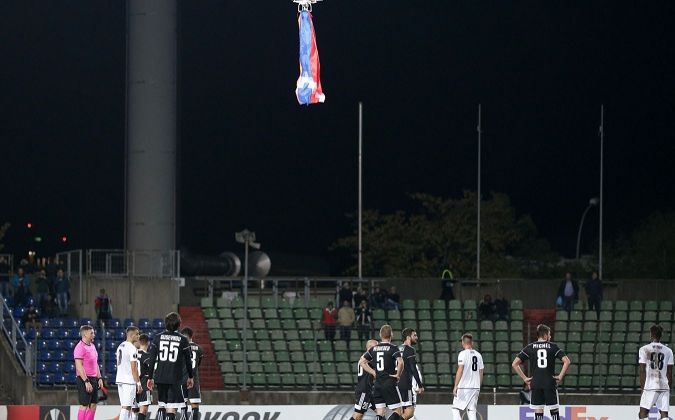 Minister for Internal Security François Bausch responded to a request from MPs Nancy Kemp-Arendt and Paul Gall in connection with the provocation of Armenians during Dudelange-Qarabag match in the second round of the UEFA Europa League group stage, Eurasia Diary reports citing Report News Agency.

The minister said the Luxembourg police were not informed about the adoption of special security measures at the match, held on October 3 at the Stade Josy Barthel.

“We expected peaceful fans to attend the match. In addition, there was no warning about possibility of drone flying over the stadium during the match. When it became clear that tensions could arise due to the drone over stadium with the flag of the Armenian separatists, 30 agents were called immediately as additional support. The drone and those who controlled this unit were not detected. Due to the poor quality of recordings from CCTV cameras, they also did not give a result, " Bausch noted. He added that the investigation is ongoing, information will be given in the near future.

In the meantime, the UEFA Monitoring, Ethics and Discipline Committee has not yet made any decision regarding the incident.

The disciplinary committee of the UEFA said that nothing had been decided on this issue.

Notably, on October 3 during Dudelange-Qarabag match, a drone carrying the flag of separatist regime of Nagorno Karabakh appeared in the center of the stadium after the second goal of Qarabag. As a result, the game was suspended and resumed from 24th minute. Following this, Luxembourg Sports Minister Dan Kersh came to the changing room of the Azerbaijani team and apologized for the incident. Then the game continued after 24 minutes.