Athletes to follow during the 2020 Tokyo Olympic Games - ednews.net 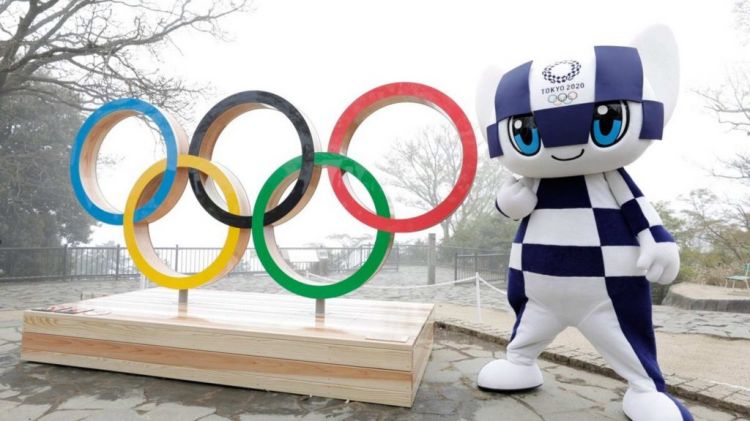 The long-awaited 2020 summer Olympics in Tokyo have officially begun following a pandemic pushback that postponed the Games for one year. Although in-person spectators won't be allowed due to a state of emergency prompted by COVID-19 in Japan, there is still plenty to look forward to this year, as multiple Olympians have the potential to make history.

Keep track of these eight standout stars at this year's competition with the following schedules, and find more coverage at CBS Sports. All events are tentative and listed in Eastern time. Live coverage of the events will air live on Peacock and re-air on NBC, NBCSN, and USA.

At 17 years old, Erriyon Knighton earlier this year broke a record that Usain Bolt had held for 18 years. He ran the 200 meter race in 20.11 seconds, beating Bolt's 2003 record, when he ran the same race in 20.13 seconds, according to CBS Sports. Knighton is the youngest American man to make the track and field team since the 1964 Olympic Games.

Watch when Knighton could compete:

Representing her birth country of Japan, Naomi Osaka, 23, will be fighting for gold in this year's competition. The four-time Grand Slam singles champion on Friday became the first tennis player in Olympics history to ever light the famous game cauldron at the opening ceremony, according to the Women's Tennis Association. She was the first Asian player to ever hold the number 1 ranking in tennis and is currently ranked number two in the world.

Osaka took a break from competition this summer after she withdrew from the 2021 French Open to protect her mental health. She skipped Wimbledon in 2021 as well, but she'll return to the courts vying for Japan's first gold medal for tennis at the Olympics.

Watch when Osaka could compete:

Kevin Durant, 32, of the Brooklyn Nets is looking to become the second player in USA Basketball history to win three gold medals, according to the Tokyo Olympics Organizing Committee. Durant is one of only four male basketball players selected for three or more Olympic teams and has played on 11 different USA Basketball teams.

The U.S. men's team has collected a medal in all 18 Olympic games they've participated in, the NBA reported. As leader of the national team in Tokyo this year, Durant is tasked with extending their streak.

Watch when Durant could compete:

At 13 years old, Sky Brown is the youngest British athlete competing in the Olympics this year as skateboarding makes its Olympic debut. In 2019, Brown became the first female skateboarder to ever land a "frontside 540" in X Games history. She entered her first competition when she was just 7 years old and at 8 became the youngest girl to ever compete as a professional. A week before the Olympics began, she won gold in the Women's Skateboard Park at the X Games. In 2018, Brown also became the first ever winner of 'Dancing with the Stars: Juniors.'

Watch when Brown could compete:

At her final Olympics competition, Simone Biles is on the brink of making history. The 24-year-old four-time Olympic gold medalist hasn't lost a gymnastics all-around competition in eight years, and is ranked number 1 in gymnastics by the World Artistic Gymnastics Championship. She became the first woman in 2016 to win four straight U.S. all-around titles in 42 years, according to USA Gymnastics. In preparation for the Games, Biles has teased fans with videos posted to social media showing her perform a dangerous move that no female gymnast has ever landed in competition.

If Biles wins two more medals in Tokyo, she'll be tied for having the most Olympics gymnastics medals of all time. If she wins four medals, she'll become the most decorated gymnast in history.

Watch when Biles could compete:

Gabriel Medina, 27, is ranked number 1 in surfing by the World Surf League and has racked up more Championship Tour wins than any other competitor. In 2011, he was the youngest Brazilian surfer to be granted access to the World Surf League's Championship Tour and has never lost at any Surf Ranch competition, according to the Tokyo Olympics Organizing Committee. Surfing is one of four sports debuting at the Olympics this year.

Watch when Medina could compete:

JuVaughn Harrison, 22, will be the first man in more than 100 years to compete in both the high and long jump at the Olympics, according to CBS Sports. The last male athlete to do so was Jim Thorpe in 1912. Thorpe was considered one of the greatest American athletes of the 20th century. Harrison is ranked second in the world for the long jump and won four NCAA titles this year in both the long and high jump, according to Louisiana State University, where he attends as a senior pursuing a degree in biomedical engineering.

Watch when Harrison could compete:

Five-time Olympic gold medalist and 15-time world championship gold medalist Katie Ledecky, 23, is headed to her third Olympic Games where she could make even more history. She's broken world records in the women's 400-, 800-, and 1,500-meter freestyle and is the most decorated female swimmer in history, according to CBS Sports.

Watch when Ledecky could compete: