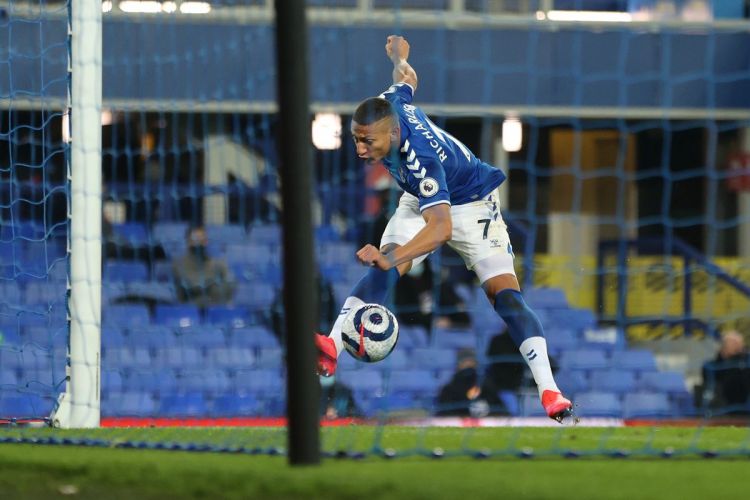 After a very difficult few weeks and defeats to Wolves, Brighton and Manchester United, Everton host Southampton at Goodison Park this weekend in what may well be a season-defining game.
Defeat on Saturday is unthinkable given the dire position Everton are in. And, if it was to happen manager Frank Lampard will surely lose his job.
A loss to the Saints would also more importantly represent a terrible blow to any hopes of the Toffees’ rescuing this season and avoiding another battle against relegation.
In many ways this match tomorrow is very similar to this time last season when the Blues’ hosted Norwich City in a must-win game after a horrendous run of results under Rafa Benitez’s leadership. That match was lost and Benitez was fired.
The former Liverpool manager was under much more sustained pressure than Lampard is now. However, while some supporters are still willing to give him time, the current Everton boss is still facing a crunch match on Saturday.
The club is in a real crisis as this huge game approaches. In the last few days owner Farhad Moshiri has responded to an open letter from fans in which they voiced their continuing concerns at the leadership and direction of the club.
In his response, Moshiri essentially said eveything was fine at Everton and he was fully satisfied with the board of directors and key people he has appointed.
It was a slap in the face for Everton supporters who desperately wanted to hear that the owner understood the scale of the crisis facing this football club.
There hadn’t in truth been much evidence that he was likely to make radical changes to appease the fans in the past, so why would he do that now?
After all, this time last season when the Blues’ were in a similar mess with the team struggling and results constantly going wrong, Moshiri did the inevitable and obvious thing and sacked his latest manager rather than address those fundamental problems.
Focusing on tomorrow’s match itself, manager Frank Lampard has some big decisions to make most of all over his tactical gameplan and formation.
While I have been an advocate of a 4-3-3 system and it did appear to be working earlier in the season, recently the switch to a three or five man defence has been effective, especially with Ben Godfrey’s return to fitness.
The biggest problem is the lack of attacking options as Everton still haven’t added another forward or striker to the squad.
We are now almost at the midway point of the January transfer window and the Toffees’ are still to sign another forward.
Rumours swirl and continue to claim this player or that is now on the radar of the club but without anything tangible happening.
The lack of alternative striking options means Lampard will have to rely on the hugely injury-prone Dominic Calvert-Lewin and Neal Maupay who has only netted once since signing, for goals.
This is compounded by the injury to the team’s chief creative source Alex Iwobi. His absence will be strongly felt as there is precious little alternative creativity.
Southampton are coming into the game on the back of an unexpected 2-0 win over Manchester City in the Carabao Cup quarter final.
This is just what Everton don’t need, their struggling opponents having a big boost in confidence from such a fine result as they come into the game tomorrow.
The Saints are still very beatable and Everton simply have to find a way to do so on Saturday afternoon at 3 pm. If they fail, who knows how damaging that will be and how on earth this club can move forward.