Turkish F-35 pilots no longer flying at US base amid S-400 row | Eurasia Diary - ednews.net

The Su-57 fighter jet is not even ready to fly - Russian specialists say
Read: 948

There's a 'Great Divide' in our Solar System - We might finally know how It formed
Read: 548 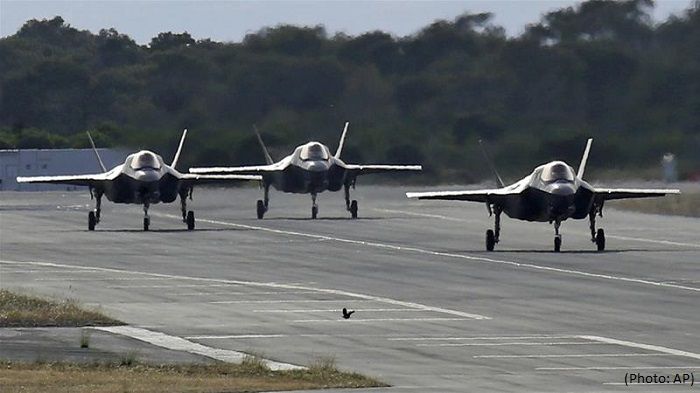 The United States has stopped the training of Turkish pilots on F-35 fighters at an airbase in Arizona, US officials said, as Washington winds down Ankara's involvement in the programme over Turkey's plans to buy a Russian air defence system.

The move at Luke Air Force Base comes faster than expected, days after acting US Secretary of DefensePatrick Shanahan told his Turkish counterpart that their pilots who were already in the country could remain there until the end of July.

The US gave Ankara a July deadline to make its decision over Russian S-400 missile system. That would have allowed time for more training and for Turkey to rethink its plans.

Washington says Turkey cannot have both.

"The department is aware that the Turkish pilots at Luke AFB are not flying," Air Force Lieutenant Colonel Mike Andrews, a Pentagon spokesman, told the Reuters news agency.

"Without a change in Turkish policy, we will continue to work closely with our Turkish ally on winding down their participation in the F-35 programme."

A second US official, speaking on condition of anonymity, told Reuters that a local commander at Luke decided last week to halt the training of Turkish pilots and maintenance crews over safety concerns.

Some training of Turkish maintenance personnel continues at Eglin Air Force Base in Florida, the official said.