Unknown fighter jets tried to attack the Russian air base in Syria
Read: 1924 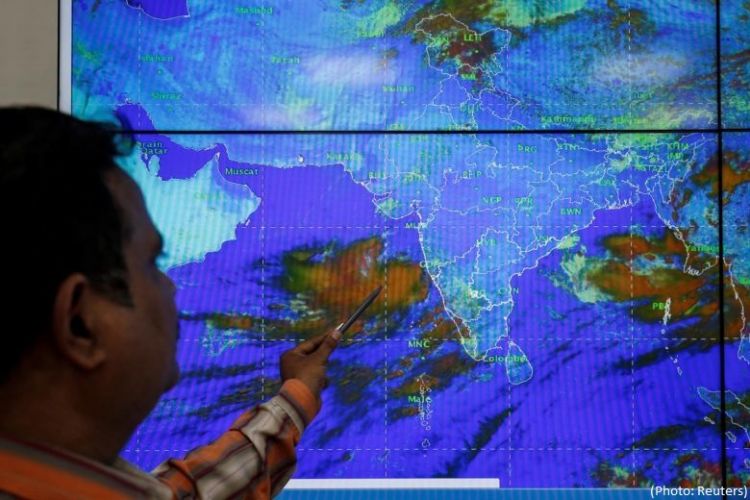 India evacuated hundreds of thousands of people to shelters along the coast in its western state of Gujarat as a cyclone gathering intensity over the Arabian Sea was expected to hit land on Thursday, reports Reuters.

Weather officials said Cyclone Vayu, with wind speeds equivalent to those of a Category 1 hurricane, is set to cross the coast with sustained wind speeds of 145 kph to 155 kph (90 mph to 96 mph), and could gust as high as 170 kph (106 mph).

The state government said it had begun moving about 300,000 people from the most vulnerable areas into shelters.

The state’s chief minister, Vijay Rupani, has asked India’s military and its National Disaster Response Force for help with rescue and relief efforts if the cyclone causes widespread damage and disruption.

The federal home minister, Amit Shah, also urged officials to ensure swift restoration of utilities such as power, telecoms and drinking water if they are disrupted by the cyclone.

The India Meteorological Department (IMD) warned the cyclone could hold up the progress of annual monsoon rains, as the storm drew rain clouds from over the sea.

The monsoon was already about a week late in arriving at Kerala on the southern coast this year, and much of the country has broiled in a summer heatwave in recent weeks.