'At best, vaccine will be found in 9 months, while at worst virus will spread again' - UN Secretary-General says
Read: 414 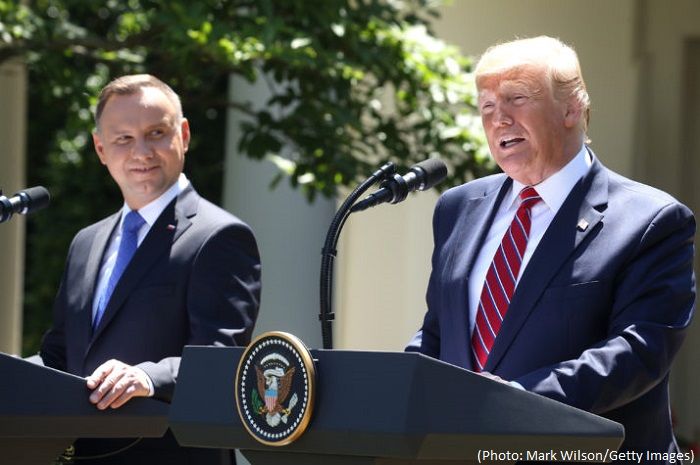 The increase will bring the total number of American forces typically deployed to the NATO ally as a deterrent to Russia to more than 5,000, says Politico.

The increase will bring the total number of American forces typically deployed to the NATO ally as a deterrent to Russia to more than 5,000.

Poland "will provide basing and infrastructure to support a military presence of about 1,000 American troops," Trump said, adding that the increase would come "at no cost to the United States" because the Polish government will foot the bill.

The troops will deploy to Poland on a rotational basis — much like some 4,500 U.S. troops who are already in the country — rather than being based there permanently, like U.S. troops are in Germany, Duda explained.

But Duda hailed the announcement as a move toward an "enduring presence" and said he hopes the rotational force will continue to grow over time. "It hopefully will increase gradually in terms of the number of troops," he said.

Earlier in the day, Trump said as many as 2,000 troops would be moved from Germany to Poland under the new agreement — without adding to the overall number of U.S. troops in Europe. He also stressed that the agreement had not yet been finalized.