Russian diplomat warns with return of Cold War by race for military dominance in Europe
Read: 680

UK ambassador to US resigns amid Trump row

Kim Darroch, Britain's envoy to Washington, has stepped down from his post, saying it was 'impossible' to continue. 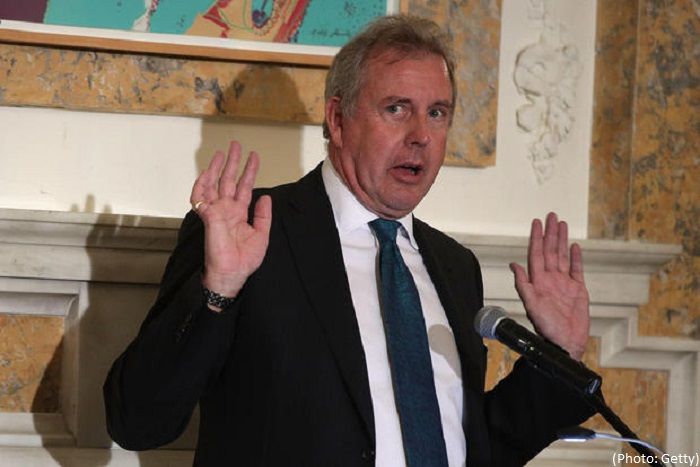 Kim Darroch has resigned as British ambassador to the United States as a diplomatic row between the two allies erupts, writes Al Jazeera.

The diplomat said "the current situation makes it impossible for me to carry out my role"http: following the leak of unflattering remarks made about US President Donald Trump.

"Since the leak of official documents from this embassy there has been a great deal of speculation surrounding my position and the duration of my remaining term as ambassadorhttp:" he said in his resignation letter to Simon McDonaldhttp: head of the UK Foreign Office.

"I want to put an end to that speculation. The current situation is making it impossible for me to carry out my role as I would like."

"That tranche of documentshttp: diplomatic telegramshttp: was leaked to a British newspaper - it is assumed by either a politian or civil servant who is symapthetic to Donald Trump and wanted to embarrass the ambassadorhttp:" said Al Jazeera's Laurence Leehttp: reporting from London.

"Trump then went full-bore against the UKhttp: disinviting the veteran diplomat from several eventshttp: and the administration cancelling an important meeting with UK trade minister Liam Fox.

"He has been described as a very experienced and very capable diplomathttp: and this has led to a flat spin of a diplomatic crisis."

Trump had on Monday launched a broadside against UK Prime Minister Theresa May and said the United States would "no longer deal" with the British ambassador after the diplomat's assessment of the Trump administration as "inept" was leaked to the Daily Mail newspaper.