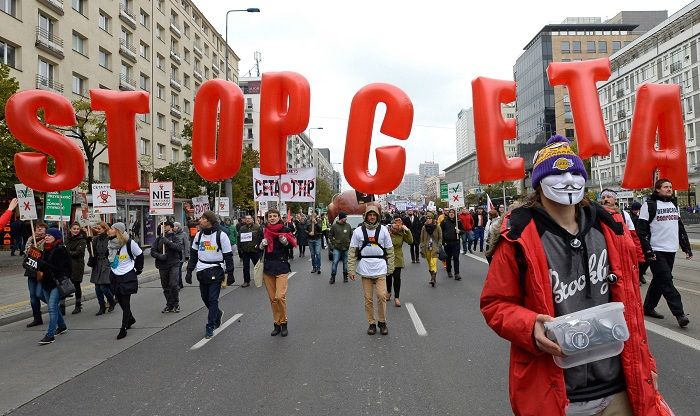 The EU-Canada Comprehensive Economic and Trade Agreement (CETA) was approved by the European Parliament two years ago, but it must also be ratified by each of the member states of the European Union to become permanent, according to France24.

The deal removes tariffs on 98 percent of goods and services between Canada and Europe, which the EU says eliminates €590 million (CA$890m or US$665m) in customs duties each year.

In France, CETA has faced staunch opposition from both farmers and environmentalists, who argue it puts the country’s food safety and environmental standards at risk by opening markets to greater competition.

More than 70 organisations – including farmers unions, Greenpeace and other advocacy groups – have “solemnly” called on lawmakers in the National Assembly to reject the deal.

Yet the French government has dismissed opposition to the agreement, which it said had a “very positive” impact between 2017 and 2018 by increasing imports to Canada by 6.6 percent.

CETA is largely expected to be ratified by the National Assembly, given the large majority enjoyed by President Emmanuel Macron's ruling Republic on the Move party. It will then be put to a vote in the Senate at an as of yet unspecified date.