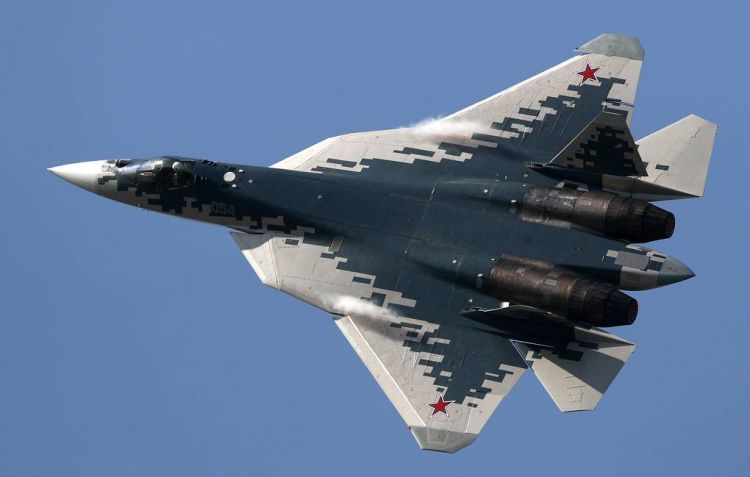 Russia’s Sukhoi Su-57 multirole stealth fighter has touched down in Turkey for Technofest 2019 techno festival, due to be held in Istanbul on September 17 through 22, Russia’s United Aircraft Corporation (UAC) told TASS on Saturday.

"The multipurpose fighter jet Sukhoi Su-35 has arrived at Turkey’s Ataturk airport to take part in the Technofest exhibition," the spokesperson said.

The UAC press service added that other Russian aircraft - both passenger and special - were expected to arrive for Technofest, but it did not specify their models.

Earlier, a source with the aircraft industry told TASS that Russia had plans to display at Technofest the Su-35 fighter jet, which Ankara had shown interest in. According to the source, MC-21 and SSJ-100 aircraft alongside Be-200 amphibious plane would be presented at the festival.

Russia’s Federal Service of Military-Technical Cooperation said at the international aerospace show MAKS 2019 that Moscow and Ankara were considering the purchase of Russian fighter jets Sukhoi Su-35 and Su-57. After visiting MAKS-2019 in the company of Russian President Vladimir Putin, Turkish President Recep Tayyip Erdogan remarked he did not rule out the possibility of purchasing Su-35 and Su-57 instead of the United States’ F-35.

The Su-35S is a heavily upgraded generation 4++ supermaneuverable multipurpose fighter jet developed on the basis of fifth-generation technologies. The Su-35S is distinguished by its new avionics suite based on the information control system, the new radar, plasma ignition engines of the increased capacity and thrust vectoring. These engines meet the requirements for the powerplant of fifth-generation fighters as they allow developing supersonic speed without using an afterburner.

The Su-35S supersonic fighter jet performed its debut flight on February 19, 2008. The fighter jet is a derivative of the Su-27 plane. The Su-35S weighs 19 tonnes, has a service ceiling of 20,000 meters, can develop a maximum speed of 2,500 km/h and has a crew of one pilot. The fighter jet’s armament includes a 30mm aircraft gun, up to 8 tonnes of the weapon payload (missiles and bombs of various types) on 12 underwing hardpoints. The Su-35S has been in service with the Russian Army since 2015.