Tens of thousands of protesters gathered at rallies around Australia as a day of worldwide demonstrations calling for action to guard against climate change began ahead a UN summit in New York. 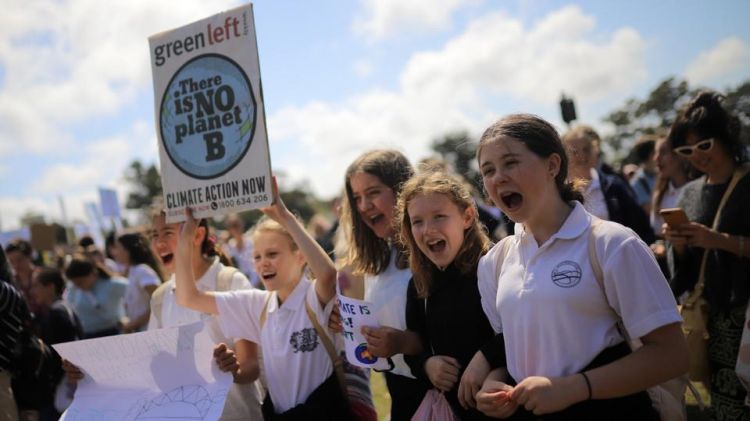 Thousands of students took to the streets of Australia and other Asia-Pacific countries on Friday to kick off a global strike demanding world leaders gathering for a UN Climate Action Summit adopt urgent measures to stop an environmental catastrophe, Reuters reports.

"We didn't light it, but we're trying to fight it," read one sign carried by a student in Sydney, as social media posts showed huge demonstrations around the country including outback towns like Alice Springs.

"The oceans are rising and so are we," read another sign held by a protester wearing school uniform in Melbourne.

Similar protests, inspired by the 16-year-old Swedish activist Greta Thunberg, are planned in some 150 countries on Friday.

The aim is for students and others from around the world to speak in one voice about the impending effects of climate change on the planet.