An opportunity emerged for our talking about normalization of relations of Azerbaijan and Armenia - FM
Read: 300

Choosing a way of diplomatic negotiations in the resolution of Armenian-Azerbaijani conflict is very important - American expert
Read: 247

The US Navy set off explosives next to its new aircraft carrier to see if the ship can handle the shock
Read: 201 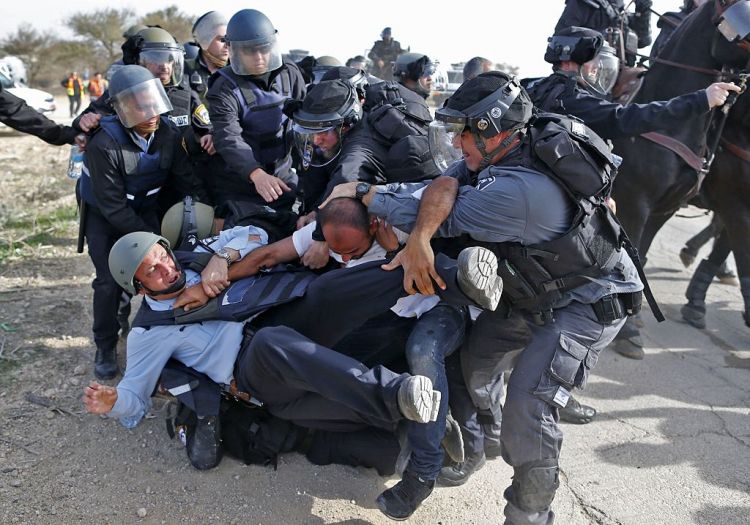 Hamas yesterday warned of a new Israeli plan to displace tens of thousands of Palestinians from the Negev.

In the statement, a copy of which sent to MEMO, the movement said that the Israeli occupation is planning to “displace about 90,000 Palestinians from 36 villages in Al-Naqab [Negev], south of historic Palestine.”

The statement stated that Israel is planning to “transfer them to makeshift camps in a bid to confiscate their homes and lands.”

Hamas warned of the “repercussions of this Israeli plan on Palestinian villages in Al-Naqab,” noting that the Palestinians, who are referred to as Israeli Arabs, have been living in their villages for hundreds of years, well before the creation of the occupation state of Israel.

The Palestinian movement hailed residents of the Negev, civil society organisations and heads of local Arab councils for rejecting the Israeli plan aimed at creating new refugee camps for Palestinians.

Hamas’ Refugee Affairs Office called on the Palestinian residents in the Negev to take a firm stance and foil the Israeli plan intended to liquidate their villages, which are not recognised by the Israeli occupation authorities.

There are 51 Arab villages in the Negev which are not recognised by the Israeli occupation authorities and which have been targeted for demolition ahead of building homes for new Jewish communities.

The areas have not been connected to the electricity or water supplies.

In 1969, Israel called on Arab landowners to register their land with the authorities, but since then they have not accepted any of the applications made by Arab residents of the Negev.