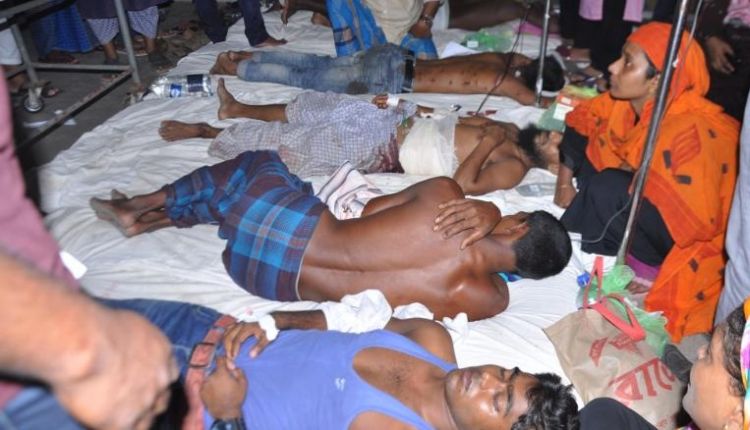 Four people were killed Sunday when Bangladesh police fired on a crowd after clashes erupted over a Facebook post that angered Muslims, CNN reports.

Thousands of people took to the streets in the town of Borhanuddin, in Bangladesh's southern Bhola district, to protest the post that allegedly criticized the Prophet Muhammad.

"We had to fire, we had no options," said AKM Ehsanullah, a senior police official in the Barisal Range, Bangladesh.

The offending post was published Friday from the account of a 25-year-old Hindu man in the area, said Shafin Mohammed, additional superintendent of police in Bhola.

As the post started to draw more attention online, senior police and district officials met with religious leaders of the region Saturday to try and calm the situation and reassure them that action was being taken.

But an angry crowd gathered in a field near the police station on Sunday demanding justice.

Police said they had no plans to apply deadly force as the protest was calm at first, but some in the crowd became violent and started to throw stones and bricks at officers.

"There was some construction work going on nearby, so there were a lot of bricks. They were throwing the bricks at us. We locked ourselves in a room (in a nearby compound)," Ehsanullah said.

Ehsanullah said police initially fired pellet guns in a bid to disperse the crowd after up to 100 people tried to break into the room where the officers were taking refuge.

"The door was about to be broken. The window grill was almost broken. We had put a mattress against the window," he said. "We shot pellet guns -- which are not lethal but we could not disperse them."

A demonstrator receives medical treatment in a hospital in Bangladesh.
The officers then requested to use live rounds. "Our heads would have been crushed by bricks... If they could get inside, we would all have died," Ehsanullah said. Dozens were injured.

The Hindu man at the center of the incident filed a police complaint denying he posted the comment, saying his Facebook account was hacked and he was being blackmailed by the hacker.

Police said the man claimed the hacker had demanded money and threatened to publish damaging posts if he did not receive the funds. Ehsanullah said three people had been arrested over the alleged hacking incident.

An officially secular but Muslim-majority nation, Bangladesh has a history of communal tension that often spills over into violence.

Between 2013 and 2016, there was a spate of targeted killings -- blamed on Islamist radicals -- that claimed the lives of secularist writers and bloggers, religious minorities and gay activists, and prompted a crackdown on extremism from Bangladesh authorities.