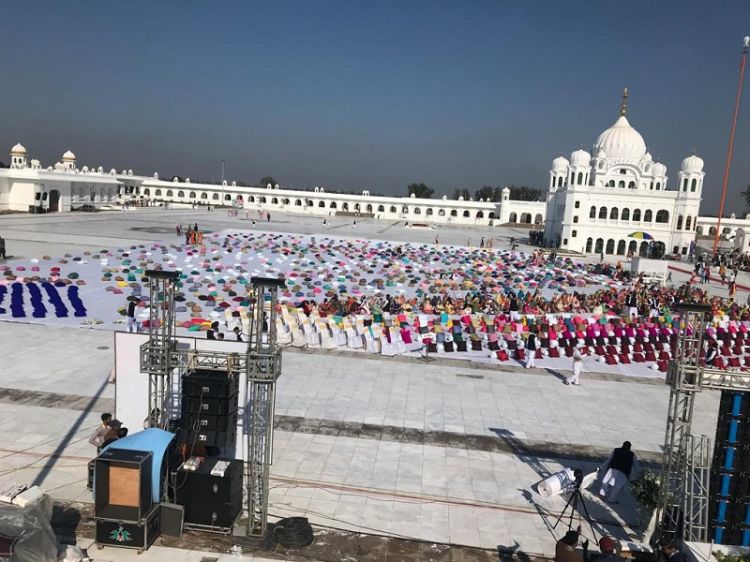 The date of November 9, 2019 would surely be engraved in the minds of millions of Sikh devotees forever as it brings infinite joys for them over the accomplishment of their longstanding wishes of visiting the Shrine of Baba Guru Nanak Dev at the Gurdwara Darbar Sahib Kartarpur, Pakistan, Eurasia Diary reports citing Dispatch News Desk News Agency.

It took 72 years to happen as the partition in 1947 had deprived millions of Sikh devotees of their religious right of performing their rituals at Gurdwara Darbar Sahib where Baba Guru Nanak spent the last 18 years of his life.

The newly renovated Gurdwara Darbar Sahib stretches a total of 104 acres which also includes 36 acres of land for agriculture and a Langar Khana with a capacity to feed 2,000 to 2,500 visitors at a time.

In order to facility Sikh Yatrees from India, a four-kilometer long Corridor – which also includes a one-kilometer bridge over the Ravi River – has been built in Kartarpur.

The Kartarpur Corridor is formally being inaugurated today (November 9, 2019). Therefore, thousands of Sikh pilgrims from India and within Pakistan are heading towards the Gurdwara Darbar Sahib to attend the Opening Ceremony and visit the Shrine of Baba Guru Nanak.

The Kartarpur Corridor is being inaugurated on the 550th birth anniversary celebrations of Baba Guru Nanak Dev Ji.

It also coincides with birthday of Pakistan’s national poet and philosopher Allama Dr. Muhammad Iqbal, who in his poem ‘Nanak’ written in book Baang-e-Dara, holds the Sikh spiritual leader in high esteem for his monotheist beliefs.

Under the MoU signed between Pakistan and India, 5,000 Sikh Yatrees will arrive in Pakistan per day from India via Kartarpur Corridor with the payment of US$ 20 each as Special Charges.

However, as a special gesture on the auspicious occasion of Baba Guru Nanak’s 550th birth anniversary, Pakistan has announced waiver of US$ 20 fee on November 9 and November 12.