Venezuela rejects call from the US to stage coup d'etat | Eurasia Diary - ednews.net

Azerbaijan has right to use its armed forces to take back its legally acknowledged territory - British journalist
Read: 6137

Venezuela rejects call from the US to stage coup d'etat 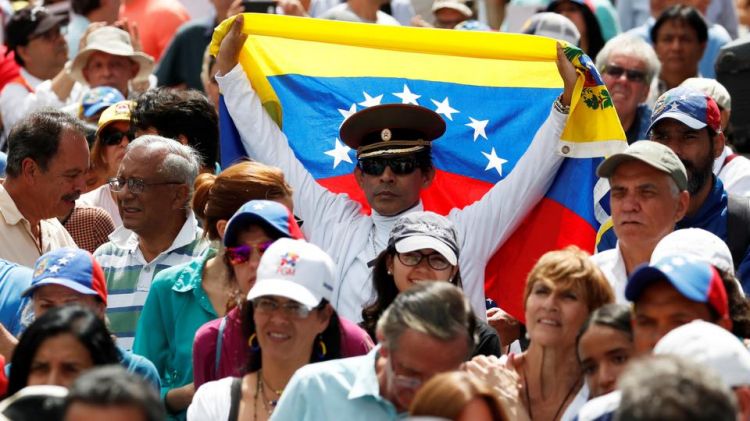 The Venezuelan government rejected a statement from U.S. Vice President Mike Pence, calling the Bolivarian National Armed Forces (FANB) to carry out a coup in the country, Eurasia Diary reports citing plenglish.
'Venezuela will not rest in the defense of its dignified sovereignty. Neither their failed patoteros (gang members) nor their calls to stage a coup will break the determination of our people to guarantee democracy, peace, stability and territorial integrity', Vice President Delcy Rodríguez wrote on Twitter in response to her US counterpart.
'We urge the Venezuelan military to join the people of Venezuela, not a despot. The Venezuelan army should be a force of good, the power to change for the better is in your hands', said Mike Pence in his instigation to the FANB to assume a coup stance against the legitimate authorities of the South American nation.
Venezuelan Foreign Minister Jorge Arreaza said in turn that all attempts by Washington to destabilize Venezuela and generate a coup have failed; 'Assume it with maturity, deal with the impeachments and your internal affairs. Respect Venezuela, 'he said.
The revolutionary forces of Venezuela marched today from several points in Caracas to the Miraflores Palace (headquarters of the Executive) in rejection of new destabilizing maneuvers of the opposition right, in complicity with the United States, according to complaints.