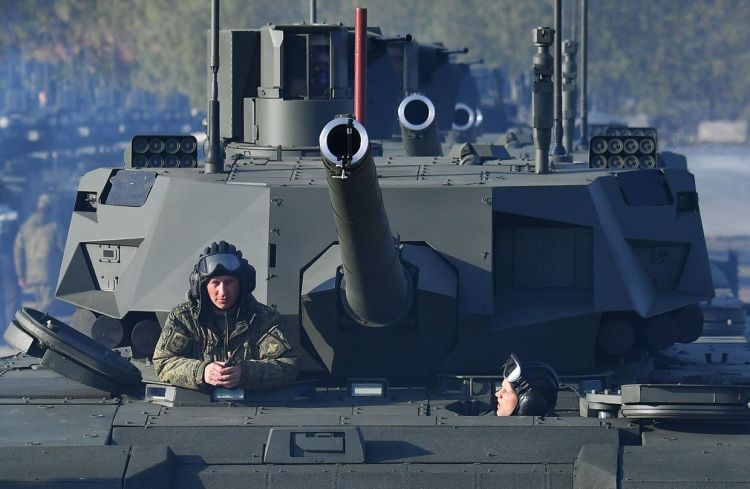 The Russian armored corps are about to step into the future, with the first trial batch of the fearsome T-14 Armata tanks to be supplied to the military in late 2019 or early 2020, the head of Rostec defense conglomerate said, Eurasia Diary reports citing Russia Today.

The construction of the assembly lines for serial production of the state-of-the-art main battle tank is now in its final stages, Sergey Chemezov announced on the sidelines of the Dubai Airshow on Tuesday.

The equipment had already been used to build the pilot batch of the T-14 tanks, which is now awaiting deployment so that the tanks could be tested in the conditions of actual military service.

T-14 has been making headlines worldwide since it was unveiled during the Victory Day parade on Red Square on May 9, 2015. Back then, a leaked UK intelligence paper said that “without hyperbole, Armata represents the most revolutionary step change in tank design in the last half century.”

It’s currently the only third generation tank in the world, which runs fully on digital equipment and surpasses all of its Russian and foreign counterparts.

T-14 had been given an uninhabited turret, with the crew being placed in an armored capsule inside the vehicle’s body for extra safety – a design solution that hadn’t been used in tanks before. Its armor is said to be able to withstand fire from all modern tank and anti-tank turrets as well as anti-tank missiles and other munitions.

The Armata universal platform, which T-14 is based on, also allows for the production of infantry fighting vehicles, armored personnel carriers and other armored hardware.