Watch Mars at opposition pass behind the moon this week in these free webcasts - VIDEO
Read: 460 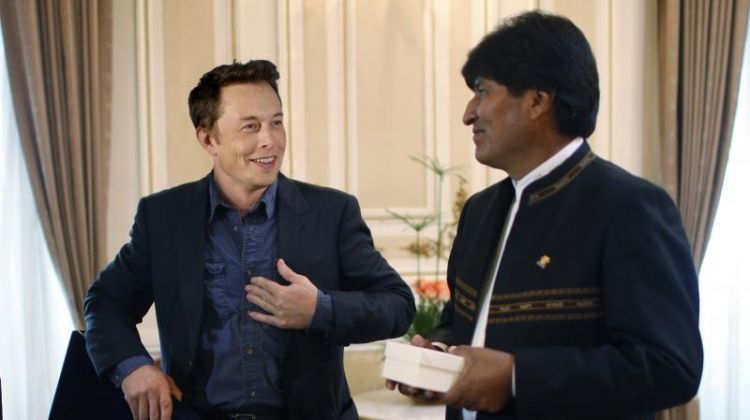 With the US-backed military coup in Bolivia, the nationalisation policy of resigned President Morales has come to an end. Just a few days before the coup, Bolivia's former President Morales canceled an agreement with a German company 'ACISA' for developing lithium deposits, Eurasia Diary reports citing Eha Medya.

ACISA provides batteries to Tesla, which is known for its electric cars. After Morales' decision to cancel the agreement, the German company ACISA told Deutsche Welle that the company was "confident that our lithium project will be resumed after a phase of political calmness and clarification."

Tesla INC's shares rose about 2,36% after the coup in Bolivia. The company's shares started to rise after the post-election crisis in the country. Another company, which invests in Lithium deposits, is Panasonic. Its shares also saw an increase starting November, when protests from right-wing elements had started.

After he won the elections in 2005, Morales nationalized the hydrocarbons sector among with other sectors such as gas and oil. One of the firms, which was nationalized during Morales' first term, was Sergas. The owner  of the company was the father of Bolivian coup leader Luis Fernando Camacho, José Luis Camacho.