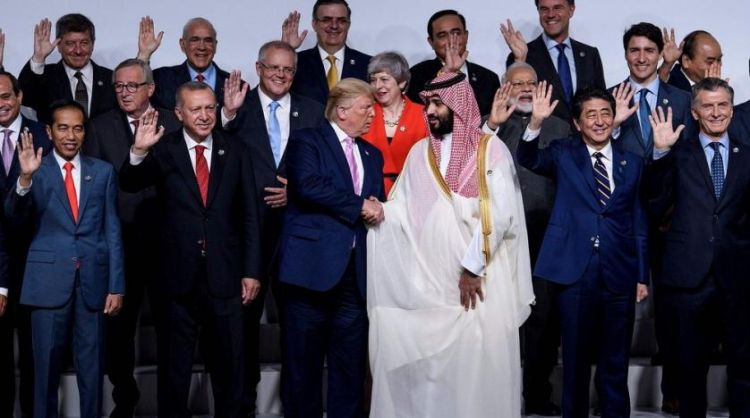 The Kingdom of Saudi Arabia has assumed the G20 Presidency on Sunday, leading up to the G20 Leaders' Summit in Riyadh on 21st and 22nd November 2020, Eurasia Diary reports citing Emirates News Agency.

The Group of Twenty, or the G20, is the premier forum for international economic cooperation.

"Working with our G20 partners, we will strive to deliver concrete actions and realise opportunities to enable us to face the challenges of the future," the Crown Prince added.

The G20 brings together the leaders of both developed and developing countries from every continent. ​Collectively, G20 members represent around 80 percent of the world’s economic output, two-thirds of global population and three-quarters of international trade.

Throughout the year, representatives from G20 countries gather to discuss financial and socioeconomic issues.​