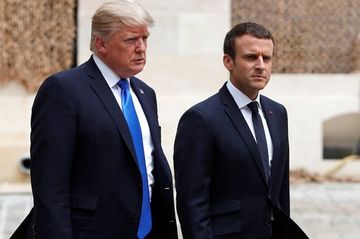 "He's been down on Macron for a long while," Azios cited one official as saying.

Earlier, Macron told The Economist that "what we are currently experiencing is the brain death of NATO" and that the United States under Trump's leadership appears to be "turning its back on us."