Rokot rocket with Gonets-M telecoms satellites to blast off from Plesetsk on December 26 | Eurasia Diary - ednews.net

Azerbaijan has right to use its armed forces to take back its legally acknowledged territory - British journalist
Read: 3164 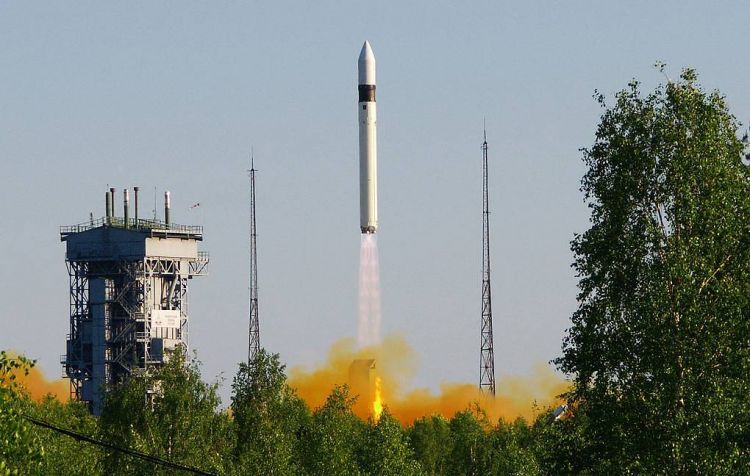 "The launch has been tentatively scheduled for December 26," he said.

According to the official, the satellites were taken to the Plesetsk space launch center in northwestern Russia on November 20 to undergo launch preparations.

It will be the last launch of the basic version of Rokot, created under a conversion program on the basis of the inter-continental ballistic missile RS-18 being withdrawn from operation. For further launches, a modernized version of the carrier - Rokot-M - will be used.

The first Rokot was launched from Plesetsk on May 16, 2000. A total of 30 launches have been carried out and about 70 different satellites put in orbit.

The Gonets is Russia’s sole low-orbit system of mobile satellite communications designed for the global exchange of various types of information with mobile and stationary facilities, and for organizing re-broadcasting channels for various purposes. The system allows transmitting Glonass coordinate data from a mobile post to remote monitoring and communications centers, irrespective of a subscriber’s location.

Gonets-M small-class satellites are delivered into a low circular orbit (about 1,500 km above the Earth) in a set of three space vehicles. Satellites of this series provide for communications along with registering and storing messages in their onboard memory device and subsequently transmitting them to the subscriber.

Gonets-M satellites are also designed to provide telephone and facsimile communications in the area of users’ direct radio coverage.