Azerbaijan has right to use its armed forces to take back its legally acknowledged territory - British journalist
Read: 5180

'We should always live in offensive spirit' - North Korea's leader 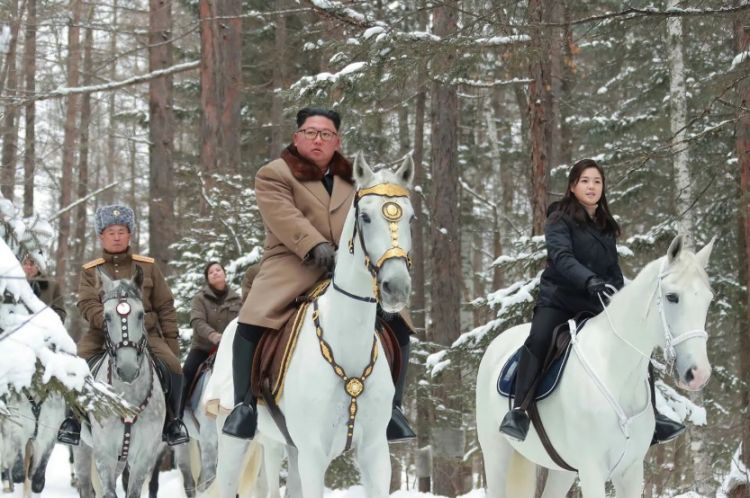 The Korean Central News Agency released undated photos showing Kim riding on snow-covered Mount Paektu along with his wife and senior officers, also on white horses. Kim also climbed the mountain, the highest peak on the Korean Peninsula, on horseback in mid-October.

Mount Paektu and white horses are symbols associated with the Kim family's dynastic rule. Kim has made previous visits there before making major decisions.

Kim said that “we should always live and work in the offensive spirit of Paektu,” according to KCNA. “The imperialists and class enemies make a more frantic attempt to undermine the ideological, revolutionary and class positions of our party.”